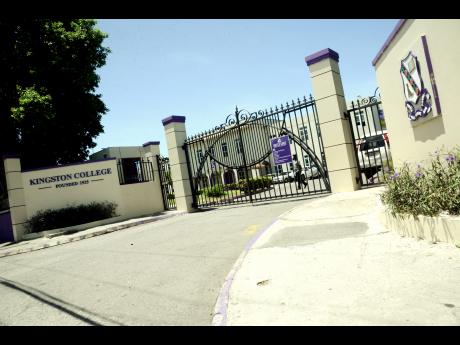 Norman Grindley
The entrance to the North Street campus of Kingston College, which is slated for improvement. 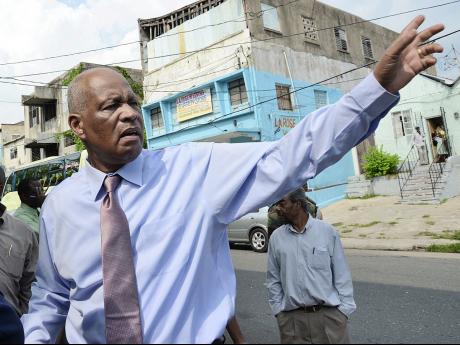 Reynold Scott, the executive chairman of the GEON Group of Companies, is the new head of the Kingston College Development Trust Fund (KCDTF).

He replaces former principal Woodburn 'Woody' Miller, who resigned recently after serving as chairman for the past 14 years.

Scott takes up the reins at a time when the KCDTF is embarking on a special initiative to complete three major projects:

- The Douglas Forrest Building to house a state-of-the-art library and technology centre;

- The redesign and upgrade of the second entrance to facilitate entry and exit and relieve congestion at the North Street campus;

- Completing the purchase of the adjoining Lissant Road properties at North Street to build the school's auditorium.

"These are currently the most pressing development projects of the physical facilities at the school," said Scott.

"The new thrust for the KCDTF is to be the medium through which funds are raised to enable the school to achieve its infrastructural objectives, thereby supporting the ongoing development of Kingston College as an outstanding educational institution," added Scott.

In welcoming the new chairman, Principal of Kingston College Dave Myrie said that he looks forward to the continued support of the Trust in assisting the school to achieve its mission.

According to Myrie, the ongoing development of Kingston College is a team effort in which the Trust plays an integral part.

In the meantime, Michael Vaccianna, chairman of the school's board of management, reiterated the commitment of that body to continue working closely with the KCDTF to ensure that all developmental objectives are met.

The KCDTF was formed as a company limited by guarantee and not having a share capital.

The principal activity of the company is the maintenance of a fund that is designated to be used for the benefit of Kingston College.

It is a registered charity under the Charitable Organisations Act, enabling contributions to be tax deductible.