Commish says no new crime strategies, but different approach to be pursued 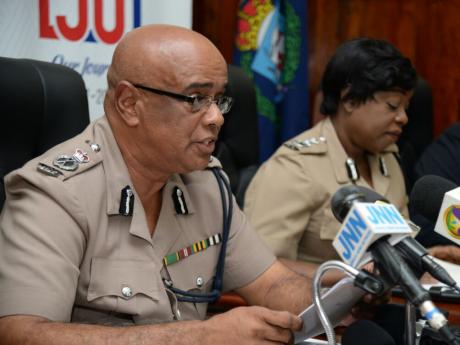 Instead, he said, in response to the 628 murders and 555 shootings since January, the police will be seeking to implement short, medium and long term measures that have worked over the years.

And he is convinced that they will be effective.

“There is very little new in law enforcement,” Quallo said at a press conference at his Old Hope Road offices in response to the surge in murders.

“What is different is how it will be applied and the energies that we will bring to it. We have a workforce that is far more motivated, and so we are committed to the task at hand and are convinced that there will be a difference in the very near future.”

According to the commissioner, in the short term, heavy reliance will be placed on special provisions in the Constabulary Force Act for preventing and detecting crimes.

As a result, he says there will be more cordons, searches, curfews and detention for preventative and investigative purposes.

“I am aware that these strategies will inconvenience citizens but in the interest of safety and security, I crave your patience,” Quallo said.

He also said the support of all partners will remain critical.

Since the start of the year there have been 47 incidents of multiple killings that resulted in a total of 100 deaths.

According to the Commissioner, in some cases the intended target cannot be found and violence is directed at relatives or close associates.

In fact, he said more than 70 per cent of the killings are attributable to gangs.