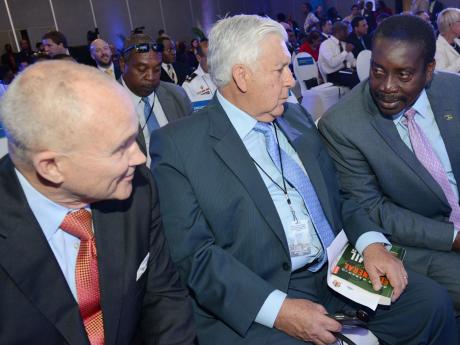 He says this is different from in the 1970s when crime in Jamaica was fuelled mainly by politics and in the 1980s and 90s when drug trafficking was the catalyst behind much of the crime on the island.

The security minister says organised transnational crime is identified as a tier-one threat in the government's five-pillar crime strategy.

He says criminal networks are not only expanding their operations, but are also diversifying their activities, resulting in a convergence of transnational threats that have evolved to become more complex, volatile, and destabilising.

The Multilateral Crime Summit is being hosted by the government, in conjunction with the governments of the United States, United Kingdom, Canada, Colombia and the European Union and will focus on Combating Crime in an Interconnected World.