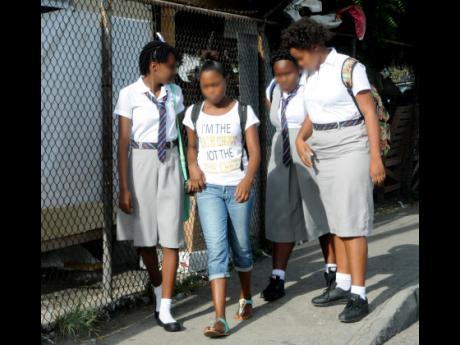 The National Secondary Students’ Council (NSSC) is cautioning that any policy designed to regulate the grooming of students should not result in discrimination or them being denied access to education.

The Council's President Alnastazia Watson was reacting to a story published in today's Gleaner in which Education Minister Ruel Reid revealed that the policy on grooming in schools will be rolled out shortly.

She warns that any punitive measure prescribed by this new policy must take into consideration its impact on students, and ensure that the child’s development is not affected.

Watson says it is necessary for the Education Ministry to review the grooming policy of schools where the administrators are usually the ones who are responsible for crafting the policy.

She quotes Article 28 of the United Nations (UN) Convention on the Rights of the Child which states, in part, that "any form of school discipline should take into account the child's human dignity".

However, she says this has not always been the case, pointing to an incident where a child was turned away from a prominent Corporate Area preparatory school because he had what was described as frizzy hair.

The national student council president says there have been many instances where students with kinky hair have been punished for having untidy hair.

Watson argues that students are usually denied access to education as punishment, which must stop.

The issue of hair grooming has come into sharp focus in recent weeks following an incident at Vauxhall High School, in Kingston, in which a student was reportedly held by three teachers who trimmed his hair.

The incident resulted in the student suffering bruises and the teachers involved being arrested and charged.

The case is currently before the courts.

The teachers have also been suspended by the school.

Arising from this incident, Reid yesterday hinted in an Editors' Forum with The Gleaner that the grooming policy may not be as definitive as previously expected.

He says school administrators will have some leeway in deciding what is fit and proper in terms of hairstyle in the new policy that will also address accessories, and uniforms worn by students.

Reid says school administrators will also be enlightened on the parameters of the law and the Constitution to guide them on what is appropriate in terms of sanctions.