Jamaicans urged to shy away from culture of silence 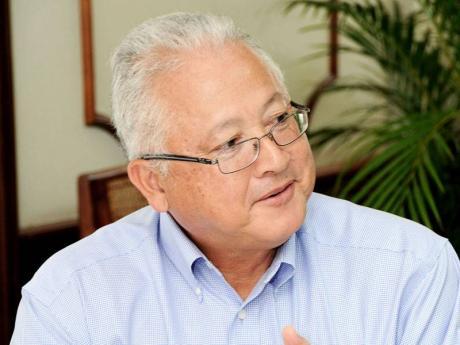 Minister of Justice Delroy Chuck said he knows that people, especially the poor, are afraid, as they do not have the luxuries of gated communities, secure homes or adequate lighting.

Minister of Justice Delroy Chuck, is urging Jamaicans to break the culture of silence, which will assist the police with reducing criminal activities.

Addressing Justices of the Peace (JPs) in Santa Cruz, St Elizabeth, on June 15, the Minister said that Jamaica is at a very critical and challenging time, not just because of the level of crime but because it is accompanied by a callous disregard for everyone, irrespective of gender, age or station in life.

He noted that persons committing serious crimes live in communities with sisters, brothers, mothers and girlfriends, and unless they are prepared to expose them, the cycle of violence may well continue.

The Minister warned that these same relatives and girlfriends could one day become the victims, unless they expose the problem.

Chuck said he knows that people, especially the poor, are afraid, as they do not have the luxuries of gated communities, secure homes or adequate lighting.

“The poor in our country are easy prey for crime and violence. Amid the hysteria, general discussions and many recommendations coming from many quarters, we must face the harsh realities about the challenging environment for our law-enforcement agencies and the justice system,” he said.

Chuck suggested that one of the main priorities of the police must be to ensure that there is trust and confidence between the citizens and the force or “we won’t solve the crime problem”.

He noted that there are challenges in the justice system, but he is determined to solve them.

The Minister pointed out that one major challenge is the backlog of cases, and they would be introducing plea-bargaining legislation to reduce them.

Meanwhile, the Minister told the JPs that they are seen as persons of integrity and good character, who exemplify what is best for Jamaica.

“I see you as outstanding citizens. I believe we should even empower you more, so that you can become not only symbols of authority but sources of information and guidance to the rest of the community,” Chuck said.