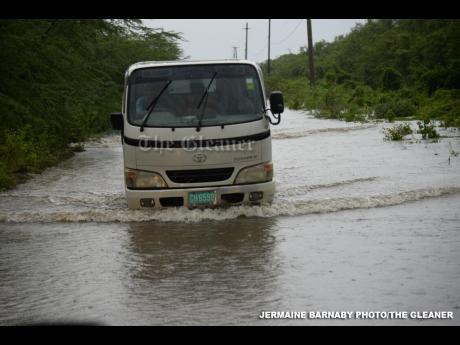 ​There are reports that Clarendon is again experiencing major flooding because of the heavy rains.

The National Works Agency (NWA) says flooding has been reported in the communities of Toll Gate and Milk River.

The NWA is warning operators of small vehicles to exercise extreme caution along the Toll Gate main road.

A fallen tree is also now blocking the main road from Spaulding to Cave Valley in Clarendon.

There are also reports that residents in Portland Cottage, Lionel Town, Mineral Heights and Hayes have been impacted by the heavy rains.

The Mayor of May Pen, Winston Maragh announced this morning that the parish disaster preparedness team is on high alert.

Maragh says emergency centres have been activated and are now providing assistance to persons impacted by the rains.

Over in Manchester, there are reports are that several roadways in the communities of Porus and Scott Pass are impassable.

Meanwhile, there are reports that a large pile of debris has been washed onto the Winston Jones Highway.