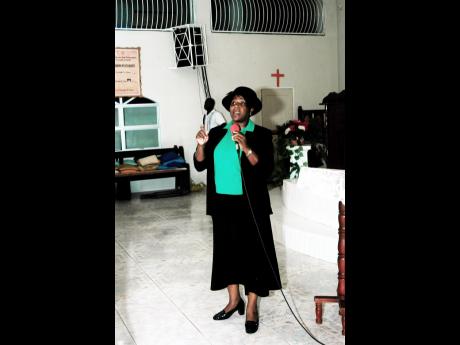 The Reverend Shirley Chong, conceptualiser of the 'Sons of the Father' national men's movement, has rejected claims that this is an effort to further emasculate Jamaican males who are often accused of not living up to their responsibilities.

With questions being asked as to why she would be leading a male movement, Chong argued that there is nothing wrong with a men-focused organisation being led by a woman.

"Not just males can champion a cause, females too. Nonetheless, the organisation is backed by a heavy contingent of men in the forefront in the church, in corporate world, in schools. The visionary for this is a woman but the men are duly on board," Chong told The Sunday Gleaner.

According to Chong, the vision is for men to be rightfully aligned as the head of the family and to become more responsible, participatory and justice-oriented citizens who will maximise their potential and fulfil their life purposes.

All men are welcome

She said the movement, which is targeting men from all strata of society, is aiming for their realignment for meaningful contribution to the society, "as all sons had a father and all are sons of the Father in Heaven".

Chong added: "Whether they are owned or not, every son has a father. And all sons were created by the heavenly father. So the name was chosen to make them feel they belonged, and for them to be treated as if they belonged."

She said the concept has not been hard to sell as the messenger was not the issue, but the message.

Chong, who is pastor of the Hope Road-based Oakridge United Prayer and Deliverance Ministries, argued that strong families, rightly aligned, are pivotal to nation building.

Among the other objectives of the movement is the restoration of the family with "the natural order of existence" by repositioning the men as the head of the family.

Today's planned launch of the movement has been cancelled due to the weather.