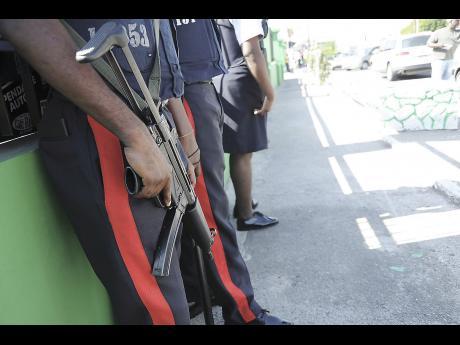 Head of Operations for the St James Police, Deputy Superintendent, Gary McKenzie, says the police will be paying closer attention to potential threats to defendants who attend the St James Parish Court.

The commitment follows an incident last Friday in which a man was shot and killed moments after leaving the courthouse.

DSP McKenzie notes that the courthouse premises and its surrounding streets are manned by police patrols on a regular basis.

He says police were in close proximity to the area where last Friday’s incident took place.

However, he says closer attention will have to be paid to the persons who have court appearance so that adjustments to security can be made.

Stephen Elvis Malcolm, of Canterbury in the parish, was shot dead by assailants after going through the traffic light at the entrance to Queen's Drive, in close proximity to the Mt Alvernia Preparatory School.

Malcolm had just left the courthouse, where he was answering to gun-related charges.

Gunmen cornered the vehicle he was travelling in and opened fire on him with high-powered weapons.