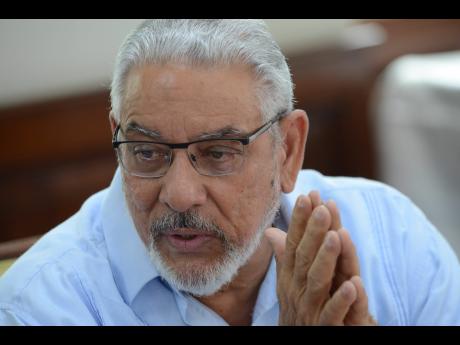 Rudolph Brown
Board chairman James Moss-Solomon of the University Hospital of the West Indies. 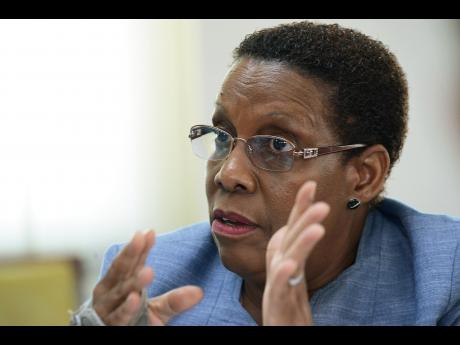 Rudolph Brown
Matron Claudette James of the University Hospital of the West Indies.
1
2

The tight budget on which the University Hospital of the West Indies (UHWI) operates has significantly impacted its research output, even as administrators insist they do try to make the best of the situation.

Although noting that much of the research at the Mona-based teaching institution goes through the nearby University of the West Indies, for which it was established, the hospital chairman, James Moss-Solomon, said what the medical facility can do is curtailed by the limited grant funding.

He was speaking last week during a Gleaner Editors' Forum, at which several senior officials outlined plans for a major infrastructure overhaul of the 64-year-old institution.

"As a university, we always want to do more research, so we're going to say that research is not enough. The impact that grant funding or reduction in grant funding has had on research output is significant. Whenever you have a shortage of resources, it is going to affect research," admitted Dr Carl Bruce, the medical chief of staff.

"What the system is trying to do now is, by virtue of having health information systems, there are questions you can answer by querying the system, and so we'd be able to, in a short term, deliver to you the numbers that you want for a particular disease."

Doing work on things like developing new techniques, the neurosurgeon said, take a hit because of the fall-off in grant funding.

No data was presented on the level of intake. The hospital has a budget for $2.8 billion for this fiscal year, but does not expect to get close to that given the limited subventions from regional contributing countries even with the boosting of revenue streams.

When the University Hospital of the West Indies (UHWI) was opened in 1953, much focus was placed on things like tropical metabolic diseases, sickle cell and nutritional diseases to respond to the health problems of the countries across the region.

Dr Carl Bruce, the UHWI medical chief of staff, said while that focus remains, other interests have been added.

"We're trying to get to more intervention research, minimal access research and those types of diagnostic research. It's changed because the demographics have changed, but we've also seen a re-emergence of infectious disease such as Zika and chikungunya, so, again, we have to be dynamic and we have to be flexible in reporting those cases."

UHWI Chairman James Moss-Solomon emphasised that the hospital has been active in conducting clinical trials, which, basically, are tests done on how drugs or devices work.

Bruce explained that the UHWI participates in the so-called multicentre trials that involve thousands of patients from many countries and medical centres across the globe.

"Those are trials that we want to continue to participate in."

He added: "There are also local questions that we have to answer and that will give us data as to what's happening in our regional, local circumstances. Those don't necessarily attract international funding, but we still need to continue to do them."

Meanwhile, matron at the UHWI, Claudett James, noted that the hospital has been using more research data to guide how nurses work. She said findings have influenced practice guidelines relating to the reduction of falls in elderly patients, management of pressure ulcers, person and family-centred care and professionalism.