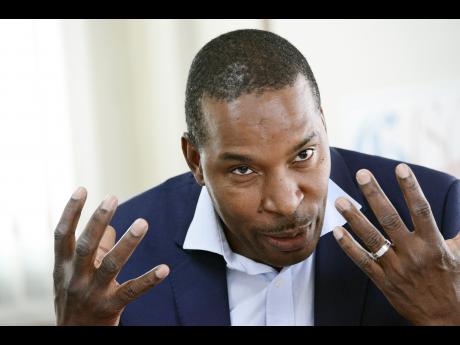 The University Hospital of the West Indies (UHWI) is embracing the use of technology to enhance patient care delivery which, along with several other infrastructural developments, is to propel the hospital into a first-class facility.

Officials of the St Andrew-based hospital, speaking during a Gleaner Editors' Forum at the newspaper's North Street offices in Kingston last week, said improved technology is coming for the hospital to ensure that it can efficiently meet the needs to the public.

"The way we look at telemedicine and telehelp or telepresence is that they can facilitate the reach of our specialists. For example, in a clinic in St Elizabeth, what we can do is communicate with the patients and doctors who are out there," said Dr Carl Bruce, chief of medical staff at the UHWI.

"There are patients who might need a medication [remotely], or there could be a doctor out there who just wants to clarify something ... ," Bruce added.

He argued that there is much saving to be realised from the implementation of such a system because it would prevent patients some distance away from the UHWI from actually travelling to get a prescription or to present a finding from a medical examination such as a digital X-ray.

At the same time, Dr Joseph Plummer, a senior surgeon at the hospital, offering as evidence that the hospital is embracing the new paradigm of modern medicine, said that the hospital has a multidisciplinary tumour board and a hepatobiliary committee, which meet twice per week to assess images of tumours which are delivered via an Internet technology called Dropbox.

"Once the images are sent, we as a group, sit down and then make a recommendation - not just to doctors at the Cornwall Regional Hospital, but doctors in the British Virgin Islands and the Turks and Caicos Islands," Plummer explained.