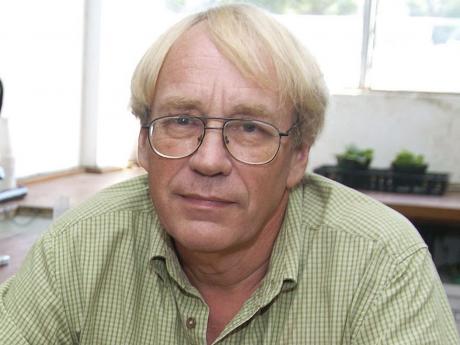 A retired police investigator testified today that the former household helper accused of killing Dr Peter Vogel told him that masked gunmen invaded the former university lecturer's St Andrew home on the night of his death.

Dennie said Scott informed him that the men ordered her not to move before taking her to another room.

Scott and her boyfriend, Kelvin Downer are on trial for allegedly killing Dr Vogel at his home in College Commons, St Andrew on July 18, 2007.

Dennie said Scott told him that the masked men pushed her boyfriend outside the house before they were both led to a motor vehicle owned by the former lecturer.

He said Scott told him the men ordered Downer to drive and she noticed that the vehicle  had items from Dr Vogel's house.

The retired investigator said the former live-in helper told him that she was let out of the vehicle at Half-Way Tree in St Andrew.