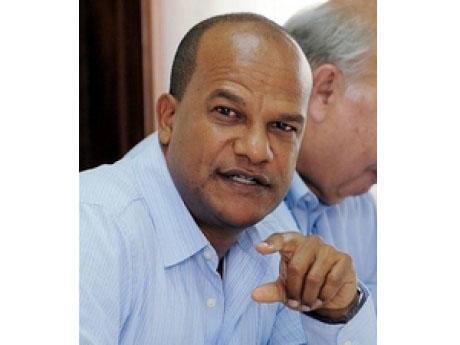 Speaking in relation to the Special Zones of operation bill, Bunting said the Parliament was creating a legislative and bureaucratic morass that will distract from the objective of delivering social intervention.

Opposition spokesman on national security Peter Bunting has urged the special select committee of Parliament deliberating on the Zones of Special operation bill to tread carefully in giving the police sweeping emergency powers when it is not needed to tackle crime.

Responding to a presentation by members of the police high command this morning, Bunting said the lawmen have indicated that it is a lack of effective social intervention in volatile communities that lead to ongoing violence.

Using the troubled Barrett Town in St James as an example, Deputy Commissioner of Police Clifford Blake, said the police managed to quell the bloodletting in that community in recent times, but with the lack of social intervention incidents of violent crimes returned to the area.

In the past three weeks Barrett Town accounted for eight murders, including a triple murder.

Using Gravel Heights in St Catherine as an example of a community which was brought back from the brink of anarchy in 2012, Bunting said the police did not get powers similar to those given in a state of emergency to tackle the problem.

Residents in Gravel Heights in 2012 fled their homes after members of the Klansman gang ordered them to leave.

According to Bunting, the police established a 24-hour manned police post and worked with agencies of the state to restore normality.

The residents who fled subsequently returned to their homes.

Speaking in relation to the Special Zones of operation bill, Bunting said the Parliament was creating a legislative and bureaucratic morass that will distract from the objective of delivering social intervention.

The Zones of Special Operation bill could provide the security forces with powers to search places, vehicles or persons within specific areas without a warrant.

The prime minister would also be able to declare an area a place for Zones of Special Operations after consulting with the National Security Council.

This can be done in a situation where there is rampant criminality, gang warfare, escalating violence and murder and the threat to the rule of law and public order.