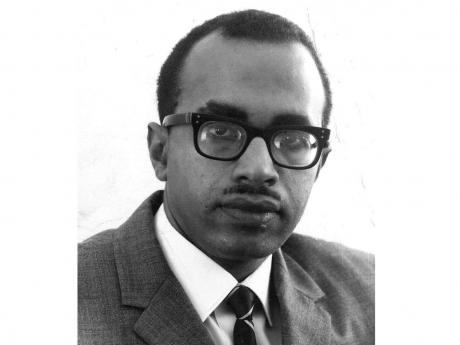 Carlyle Anthony Cosmo Dunkley, who served as Minister of Public Utilities and Transport between 1979 and 1980, Minister of National Security 1980, Opposition Senator 1980-1983, Shadow Minister of Education 1984-1989, died last night in hospital after a brief illness.  He was 78.

In acknowledging the death of Dunkley today Opposition Leader, Dr Peter Phillips said he along with the entire family of the People’s National Party (PNP) is saddened by news of the death of Comrade.

“For over four decades, Carlyle served the people of Jamaica with distinction and commitment.

“His leadership qualities were evident from his student days at Kingston College and it was in his final year as an undergraduate at the University of the West Indies that Michael Manley invited him to join the National Workers Union after his graduation,” said Phillips.

“His tenure in the trade union movement revealed the breadth of his vision and his capacity for transformation leadership. He was a leading member of Michael Manley’s negotiating team, which won landmark benefits for the sugar workers in the historic 1959 agreement and for the bauxite workers that same tear.

“His leadership in the labour movement climaxed with his well-deserved appointment as President of the National Workers Union and of the Caribbean Bauxite Mine & Metal Workers Federation,” added Phillips.

The Opposition Leader noted that Dunkley also served as Jamaica’s Ambassador to Cuba and Special Envoy to CARICOM and the Association of Caribbean States.

“Comrades islandwide will recall his infectious enthusiasm on the campaign trail. On a personal level, I would like to place on record my own debt to Carlyle for his mentorship and guidance during my early political career,” said Phillips.

Dunkley was conferred with the Order of Jamaica in 1991 and Phillips added: “Our condolences go to his widow, Phyllis, sons Graham and Stephen, grandchildren, Jacob and Chelsea and other members of the bereaved family.”