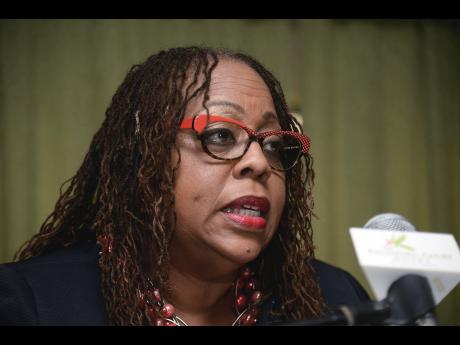 Dr Denise Chevannes, executive director of the National Family Planning Board, has charged local journalists to use their office to do more in ramping up general awareness and sensitisation about HIV/AIDS, detouring from the traditionally easier route of sensational reportage.

"You are much more powerful than you probably know. The notion that sensationalism sells papers is unfortunate and egregious mistreatment of the power that you have to affect the lives of people, poor people," she appealed to The Gleaner last week.

For Dr Chevannes, the role of the media in getting out timely, useful and accurate information by way of health journalism is particularly important in light of the fact that there seems to be a growing nonchalance amongst Jamaicans on this topical issue.

"We have to get back to doing more general awareness and sensitisation of HIV. I think maybe people have started to take it a little bit not seriously enough," she admitted, making a case for the most vulnerable in the society.

"The Caribbean still has the second highest prevalence rate after sub-Saharan Africa. It is poor people who depend on you because they don't have the money to go to the doctor to find out. Or if they go to the public sector clinic all day usually to see a doctor, how much time will they have with the doctor to get the information they need? You, the media, give them the information they need, you have to be responsible with it."

Dr Chevannes recalled that at the beginning of the HIV/AIDS epidemic, media houses used to show photographs of emaciated, skeletal persons. This public misconception about disease frightened people, driving those who tested positive underground, while triggering an equally misguided response from those who took security in the mistaken belief they were safe from infection.

"As soon as they started to see somebody in public who was looking thin or had a rash on their skin, they would 'trace' them," she stated.