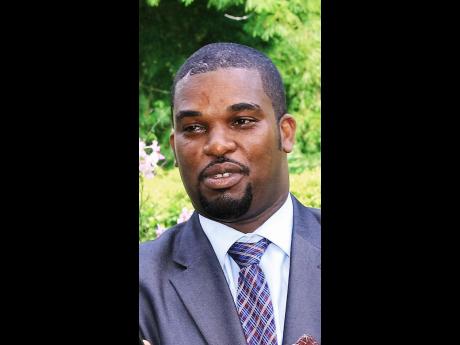 Outspoken Trelawny pastor, the Reverend Devere Nugent of the William Knibb Baptist Church, is calling on the people and churches in the parish to resist the plan to do further dredging of the sea, which is a proposal to bring more cruise ships to the resort town.

Using the biblical story of Moses, whom the pastor said was placed in a basket by the river as a sign of resistance against Pharaoh's edict, Nugent said now is the time to put up resistance.

"I am calling on the churches and people to establish baskets of resistance. We must resist the further dredging of the sea. Let us no longer sit back and be exploited," said Nugent. "The people who are planning to do further dredging are doing so for their own profit, none of which stays in Falmouth. They don't live here, they don't shop here, and they don't join any church or civic organisation here. It is broad-based exploitation."

Nugent was delivering the sermon at last Saturday's thanksgiving service for the life of Hyacinthia Wright, the wife of the late Joseph Wright, a former long-serving mayor of Falmouth. She was murdered at a store that she operated in the town on Wednesday, May 17.

In taking on the establishment, Nugent implored his audience to recognise that some of things that are now happening in and around Falmouth fall below acceptable standards and should be resisted in the name of principle and decency.

"We must establish symbols that will be our voices," said Nugent. "If what is happening on Back Street (the prostitution haven) on a Friday night is what we want, then our corner is dark. If the people who can hardly speak English can come here, buy property and destroy our heritage buildings without any repercussions be allowed to continue, then our corner is dark. Come on, people, stand up and resist the exploitation."

Before Nugent's call to resistance, the Reverend Owen Watson paid glowing tribute to Wright in his sermon, during which he wondered aloud whether it wasn't time for the nation to resort to an eye for an eye and a tooth for a tooth, in regard to the violence befalling innocent citizens.

"Miss Little was a kind and jovial person, who worked tirelessly for recognition of her fellow craft traders. She was one who could make craft items from nothing," said Watson. "Falmouth has lost an industrious woman whose contribution to development in Falmouth will long be remembered."