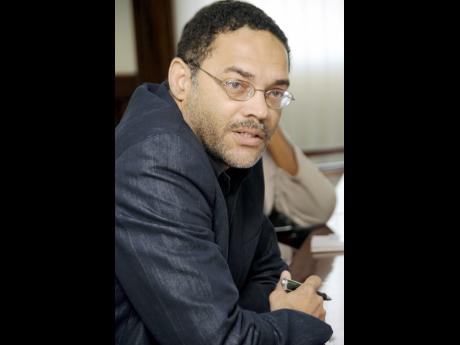 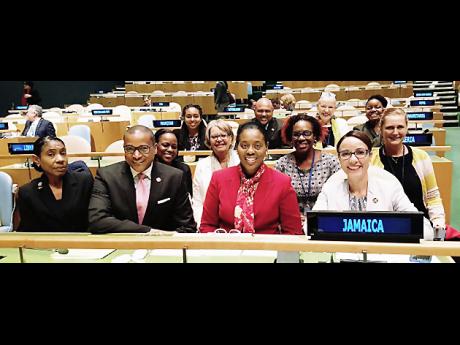 Contributed
Members of the Jamaica delegation to the UN Ocean Conference, led by Foreign Affairs and Foreign Trade Minister Kamina Johnson Smith (at right, front row), pose for a photograph during the deliberations.
1
2

RESEARCH IS essential on the road to improving the health of the ocean, but also if small island developing states, such as Jamaica and others in the Caribbean, are to successfully identify and exploit the economic opportunities it presents.

"The potential opportunities from the ocean are largely unexplored, especially for developing countries such as the Caribbean. We need these scientific assessments to better determine the opportunities that could be further developed," he told The Gleaner, on the heels of the United Nations Ocean Conference, held in New York between June 5 and 9.

"At the same time, we need science to monitor the impacts we continue to have on the oceans thus jeopardising our own livelihoods, whether it be fisheries, tourism, maritime transportation, climate change adaptation, coastal zone protection, etc," Corbin added.

But "perhaps most importantly", he noted, "as we explore these new dimensions for marine-based or blue economy approaches, we need science to inform and guide our decisions so the most appropriate type of development of oceans takes place, that we ensure not only short-term benefits but longer-term sustainability."

The Call for Action that emerged from the conference itself puts a premium of research.

"We stress the importance of enhancing understanding of the health and role of our ocean and the stressors on its ecosystems, including through assessments on the state of the ocean, based on science and on traditional knowledge systems," reads a section of the call.

"We also stress the need to further increase marine scientific research to inform and support decision-making, and to promote knowledge hubs and networks to enhance the sharing of scientific data, best practises and know-how," it added.

At the same time, the call urged stakeholders to "dedicate greater resources to marine scientific research".

Meanwhile, as is reflected in the 2016 World Bank report titled Toward a Blue Economy: The Promise for Sustainable Growth in the Caribbean, the financial value of oceans is not lost on the region's leaders.

This, the more than 90-page report revealed, emerged from the first Caribbean Regional Dialogue with the G20 Development Working Group held in Washington in April of 2015.

"As the background document to the meeting stated: 'by applying a blue economy approach many new opportunities arise for the region, which can create new jobs, achieve a higher rate of growth, reduce poverty, and secure international biodiversity and sustainability obligations' (Roberts 2015)," reads the report.

"Essentially the countries considered that the transition to a blue economy could contribute toward a number of broader policy objectives captured in the SDGs (sustainable development goals), including poverty reduction, food security, energy security, disaster risk reduction, climate change mitigation, and ocean conservation," it added.

The report, authored by Pawan Patil and others, reveals further: "As such, the outcome statement from the Caribbean Regional Dialogue notes that: 'Developing the Caribbean Blue Economy offers strong potential for the Caribbean region and its member countries to help broaden output, exports, employment and revenue and to benefit from the array of assets and opportunities offered by the Caribbean Sea."

And as the islands contemplate the research necessary to inform the exploitation of the ocean's resources in their interests, marine biologist Dr Dayne Buddo said the Caribbean must be looked for what it is a region.

"One major thing is to start thinking as a region and not as countries. The oceans and seas and the corresponding issues do not recognise the political boundaries that we have drawn. In small-island developing states, this is even more important," he told the Gleaner.

"The opportunity for ocean science here in this region is having a regional university in the University of the West Indies (UWI). Scientific research agendas should include a more regional focus, as we are all connected by the ocean," added Buddo, who is employed to the UWI and was a member of the Jamaica delegation to the conference.