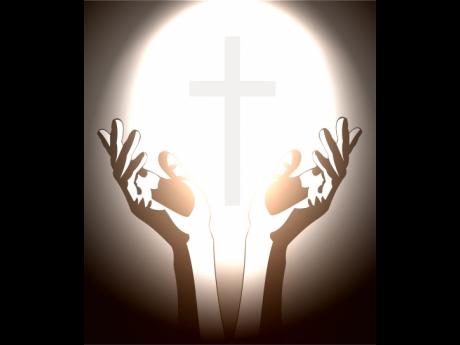 After Jesus saves us, what next? How do we move forward? Without direction, we lose focus, get complacent, begin wondering if this is all there is to Christianity, and can eventually drift away. Our focus over the next two weeks will be God's plan for the Church and our part in that plan.

God has a plan for His Church to be a conquering church that is always advancing, and it is He who takes us to the next level.

Every mighty act recorded in the New Testament was done in the context of purpose being accomplished. So, if you want to go to the next level, begin by aligning yourself with the purposes of God.

In Matthew 16:18-19 NIV, Jesus says, "... on this rock, I will build my church, and the gates of Hades will not overcome it." The Bible also records the society saying of His disciples in Acts 17:6-7 NKJV, "These who have turned the world upside down have come here too." These were men who were bold and courageous in fulfilling their purpose in God.

God had a purpose in Christ, and one aspect of this was that the Gentiles (non-Jews), could have a relationship with Him through Jesus. So, Christ was the foundation of God's plan for mankind, and God orchestrated His plan throughout history to achieve His will.

In AD 303, Roman Emperor Diocletian issued an edict to destroy Christians and their Bibles. The persecution that followed was brutal. Over a burned Bible, he built a monument on which he stated: "The Christian religion is destroyed and the worship of the gods restored." Twenty years later, Diocletian was dead and the new emperor, Constantine, commissioned 40 copies of the Bible to be prepared at the government's expense.

In 1776, Voltaire, the French philosopher, announced, "One hundred years from my day, there will not be a Bible in the earth except that is looked upon by some antique seeker." One hundred years later, Voltaire was dead and his own house and press were being used to print and store Bibles by the Geneva Bible Society.

Because "the earth is the Lord's and everything in it, the world and all who live in it" Psalm 24:1 NI. None of the plans or actions of history could stop what God had purposed to be done.

God had a distinct plan for man. In Genesis 1:26, we see that God gave man delegated authority over all the earth to rule it and everything in it. "Then God said, 'Let us make man in our image, in our likeness, and let them rule over the fish of the sea and the birds of the air, over the livestock, over all the earth, and over all the creatures that move along the ground." At this time, man was in full submission and communication with God, but then sin entered the picture through Satan's deceit, and Adam lost his authority.

But Jesus came as a human being, according to Philippians 2:6-8 NIV. He did not use any of His divine abilities, only what the Holy Spirit empowered Him to do. Jesus, as a human being, won this battle in His life and death, and now God has placed all things under His feet.

In Jesus, God has reclaimed for mankind the godly authority to rule the earth. Those who submit to God now have, in Jesus, His delegated authority that Adam was intended to have. Now, that's exciting news! Join us again next week when we explore what this authority looks like in the today's context.