Implementation of NIDS a must - Lynch-Stewart 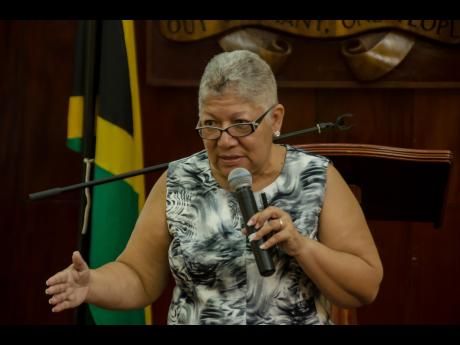 Acting Chief Technical Director in the Office of the Prime Minister Jacqueline Lynch-Stewart says the implementation of the National Identification System (NIDS) is important, as it will become the primary source for identity assurance, authentication and verification of Jamaican nationals.

She said it will improve the governance and management of social, economic and security programmes.

"The National Identification System project is going to be allowing for all of us to have a national ID... . We think we have one now, as people refer particularly to the voters ID as a national ID, but it is not," Ms Lynch-Stewart told JIS.

She noted that NIDS will capture biometric data, such as fingerprint, footprint, signature and/or facial photographs, which other forms of verification currently being used do not entail.

The senior technocrat explained that while a driver's licence has a photograph, there is no biometric information attached, that is, no fingerprint or any other unique attribute.

In the case of the passport, she said that it was recently that the Passport, Immigration and Citizenship Agency introduced facial recognition, while in relation to the voter's ID, the Electoral Office of Jamaica (EOJ) does not have an identity-verification process.

"The vision, therefore, is to give each of us a unique, trusted identity, and the only way it can be unique and verifiable is if there is a biometric attached... , so it (National ID) will have a photograph and biometric of a fingerprint, and each person will have one ID to do business with the Government in the future," she stressed.

Reiterating the value and significance of a national identification, Department Head, Data Management, eGov Jamaica Limited, Walt Brown, said that under the system, which will have anti-fraud features, every Jamaican will have a unique nine-digit identification number.

If you look across the population of persons in Jamaica, you will find that a significant proportion of the population does not have any form of ID, and the existing IDs are all related to specific activities and operations within the country. So, if you are not interested in travelling, doing business with the tax office or voting, you will find yourself without an ID," Brown noted.