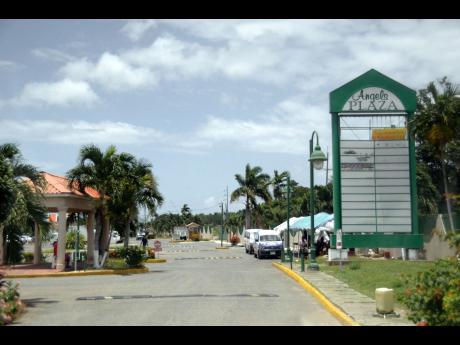 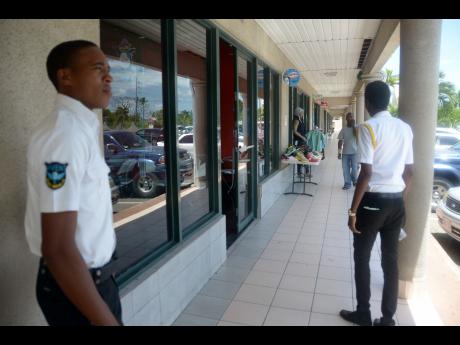 High rent and a lack of support from residents are being blamed for the low level of business at the Angels Plaza in St Catherine, and persons there fear that the lack of activity is providing the space for a string of break-ins reported in recent months.

Angels Plaza was constructed more than a decade ago but the bumper crowd it was expected to attract from the adjoining multiphase housing development, Angels Estate, has not materialised.

"The community, which is supposed to be backing this plaza and coming to this plaza to ensure that it is vibrant, all they do is walk from one end to the other to go take their bus and visit their relatives.

"They are not part of the economy in this plaza," charged Hillary Dormer, property manager at Angels Plaza.

"Some people believe in the plaza, they want to see it and the community grow, but generally, the community is not supporting the plaza. They don't see it as theirs," added Dormer.

When Angels Plaza opened its doors, it was expected to bring convenience, comfort and first-class service to the residents of Angels Estate two phases and the adjoining Angel Grove community.

But years after residents started moving into the communities, many shops remain closed, their ceilings dusty and cobwebbed with nothing beneath them.

Few residents visit the plaza, which has six entrances and, because of unoccupied shops, has many isolated spots, making it very difficult to protect by the few security guards on duty each day.

"The occupancy is about 40 per cent in terms of square footage so there is a real challenge there. We would really like to have full occupancy. When you have full occupancy, more bodies lend themselves to greater security, and thieves become intimidated by the crowd," said Dormer.

But she found it difficult to explain the latest incident in which a vehicle was reportedly broken into near the KFC restaurant, one of the busiest areas in the plaza.

KFC reportedly employs two security guards in addition to those provided by the plaza.

One vendor at the plaza theorised that the criminals wait in one vehicle, watching their prey until they leave their motor cars. Afterwards, the bandits break the glass to gain entrance, before removing items of value from the vehicles.

At least three vehicles have been broken into in the plaza since the start of this year.

"The management of the plaza needs to pack more punch and pressure the people who own the empty shops to do something about it. Lower the rent, something, so that people can get into the place. That's the only way we can deal with security," argued Dormer.

But Dave Smith, vice-president of the Angel Grove Citizens' Association, does not foresee that happening any time soon, even as he argued that most residents still value the plaza.

"The price for rent is very high, and when people come in and having to pay the high rent, they end up having to sell their things at a higher price. They have to sell so business is feasible for them," said Smith.

He said the high prices is the real reason many persons do not support the stores in the plaza.

"The supermarket used to go on good, but what cause it to fall down? The price of the things started getting higher, so people start leave from Angels go all the way down to Job Lane to buy because they are getting a better price," argued Smith.