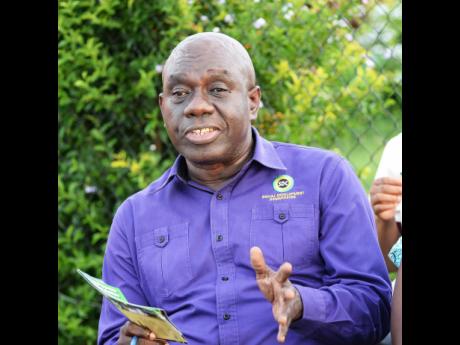 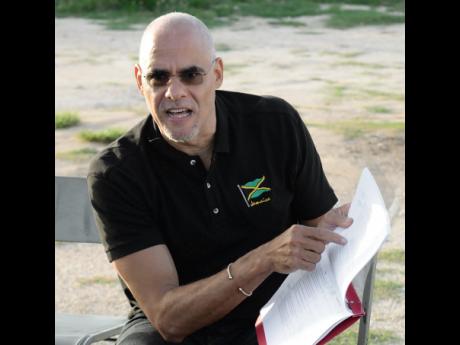 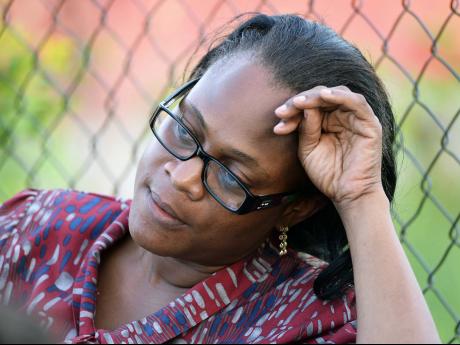 Several residents of Longville Park, Clarendon last Wednesday endorsed the decision of the Economic Programme Oversight Committee (EPOC) to take its message to the people.

“It’s the first time we are getting so close to the document that speaks to the IMF (International Monetary Fund) agreement.  First time I am coming so close to it,” said parish manager for the Social Development Commission Baldvin McKenzie who was one of the residents ‘On the Corner’ at the Unity Sports Bar in Longville Park, Clarendon last Wednesday.

“It (the IMF agreement) must be at every parish level, in the parish libraries, these documents must be geared that the citizens can also help to monitor who are monitoring too,” added McKenzie to nods of approval from other residents.

Among them was Denise Staines who said she didn’t know the details of the IMF agreement and didn’t really know what was happening.

“I am just being educating about it and I agree it should be in every parish,” said Staines as co-chairman of EPOC, Keith Duncan gave details of the US$1.7 billion three-year standby programme with the IMF and the work of his body to monitor the Government’s fiscal performance.

For Kemeila Ewers the EPOC initiative to meet with residents in their communities should be integrated in the education system at all levels.

"Education is the tool we're using to achieve this kind of success, so it's only fitting. How many principals, educators, or educational executives are aware of the (IMF) document and can speak to it in a definite manner," said Ewers.

"You can take your time to tell children in their own little way, how we're going to make Jamaica successful. You don't have to use the big words but it should be at all levels. My son should come home telling me about EPOC. He probably won't know of all the initiatives, but I want him to come home and tell me that 'Mommy we want Jamaica to be successful in the next five years'," added Ewers.

With Duncan also pointing to the targets set by the Michael Lee-Chin chaired Economic Growth Council, McKenzie argued that the community discussions which EPOC is participating in would allow Jamaicans the chance to understand what is happening and to get a grasp of the real situation.

McKenzie pointed out that if the intention is for citizens to be a part of the process in aiding the country to achieve growth then a way must be found that not only those in Kingston and who sit on committee are privy to information.

He argued that the people are the ones who will be helping to ensure that country achieve its goals.

Stressing the of a forum with the people at the grass roots level McKenzie said communities must be aware of the roles they are expected to play to ensure Jamaica’s success.

“There are times when a community does well, but nobody recognises them, so they are not motivated. And those who are not that motivated they just sit back,” said McKenzie.

He urged the EPOC co-chairman team to follow Clarendon’s example and do more networking in terms sharing information.

“In Clarendon that networking that we talk about here in the parish is the Local Economic Development Parish Action Committee where all those who are involved in some economic developments and drive, sit together around one table to look at what it is that you are doing that we don’t overdo things.”

According to McKenzie, with its oversight role EPOC is a part of that process and it should find a way to network and allow the information to filter down at the parish level.

The forum in Clarendon was the third staged by The Gleaner with representatives of EPOC, following Maryland in East Rural St Andrew and Swallowfield in South East St Andrew.