Fired CEO did his own appraisal – Elvey 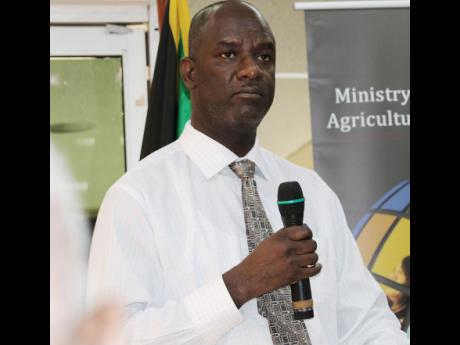 A month before he was dismissed from the post of chief executive officer of the Jamaica Dairy Development Board (JDDB), Hugh Graham received a glowing appraisal of his performance signed by Donald Elvey, the chairman of the board of directors.

Graham scored 83 out of 100 on the performance evaluation which was done six months after Elvey had recommended to Reginald Budhan, then acting permanent secretary in the Ministry of Industry, Commerce Agriculture and Fisheries, that Graham be employed on a permanent basis.

The dismissed CEO scored the maximum on all but two of 10 core competency areas. He scored three out of three for compliance and got full marks for integrity, initiative, written and oral communication, among other areas.

But Elvey recently told The Sunday Gleaner that neither the evaluation nor his recommendation was a true reflection of Graham's professional performance.

"This notion about this man was of some exceptionally good performance, that is why him get raise, that is just a farce," said Elvey.

According to Elvey, he signed the appraisal form and endorsed scores which Graham gave himself.

Elvey argued that the appraisal that was done in Graham's case is a reflection of the deficiencies within the governance structure.

"Mr Graham wanted his gratuity, and as a requirement the performance appraisal would have to be done. That appraisal thing, I understand it is that at the time we had to make a call, whether or not we wait until we could accurately appraise the man or we sign off on the appraisal form as it was. We chose the latter," said Elvey.

The JDDB board chairman had directed that Graham be paid the $1 million gratuity in keeping with the terms of his contract. But he told our news team that this was not a reflection of the performance of the now ousted CEO.

"We made a decision that this should have been a position where somebody could plan and not in fear of him or her losing their job. So it had nothing to do with performance, there is nobody in government that gets a million-dollar increase because they perform," argued Elvey.