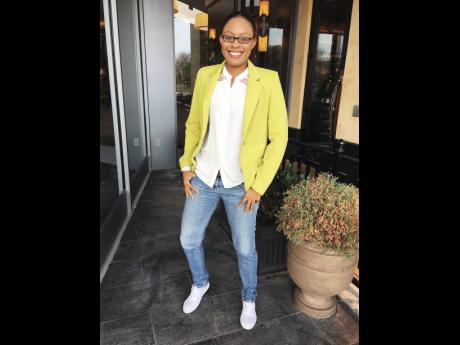 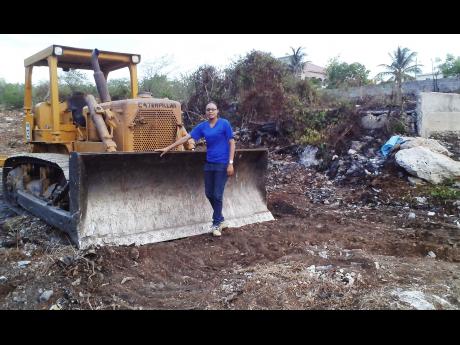 Contributed
Melissa enrolled in a Master of Science programme in Construction Management at the University of Technology.
1
2

One morning, Jamaica-born Melissa Salmon stood before her mirror. Her stare was revelatory. What she saw was a young woman in need of purposefulness.

An epiphany, we know, has transformed many a life and Salmon was about to experience, to listen, and heed its clarion call. This was her eureka moment, a mere second when the subconscious self speaks candidly. Salmon was reborn.

"A rush of thoughts filled me. I was at a point in my life where I needed direction," said Salmon.

She remembers her many periods of frustration, inertia and depression although she quickly added that her lows never smothered her overall optimism.

Salmon is only 27 years old but her accomplishments are staggering. She is multifaceted and has excelled on diverse platforms that include academia, authorship and entrepreneurship. She is an avowed real estate enthusiast.

She is enrolled in a Master of Science programme in Construction Management at University of Technology.

It is male-dominated field but Salmon is a trailblazer, an unyielding competitor. And she is never content to rest on her laurels. Her first book, the critically acclaimed The World awaits Your Greatness: A Guide to Inspired Living, is a treasure trove of sound counsel that has propelled her into the fields of wellness and motivational speaking.

For sure, she has tapped into a creative reservoir, a greatness that we all possess. "My book is geared to unearthing our true potential and strengthening our resolve to succeed."

This greatness she attributes to God's immanence. Salmon concedes that her religious beliefs are not fully embraced in conservative and traditional circles.

Her deistic philosophy finds an audience among mystics and esoteric seekers of whom there aren't many.

"God is never experienced in one particular form or expression. God is reflected in everything, in us, in nature, everything," said Salmon.

It was during her formative years that she realised that she was cut from a different religious cloth. Salvation, she was convinced, was possible outside the Christian fold.

"I attended the Methodist Church every Sunday but I was constantly evolving and I was receptive to new concepts and approaches to self-realisation. I draw inspiration from tranquillity. I like being alone because it is during these silent times that I can connect to God, the Divine spark."

In quietude, Salmon has listened to the promptings of the inner voice that many refer to as God.

"If we be still and listen there is that voice, a guide that will help in our spiritual understanding. We all have a role in God's grand design."

Salmon has found a fountain of knowledge in her affiliation with the Rosicrucian Order, a fraternity steeped in mystery. She has learnt invaluable lessons regarding man's mental and spiritual bodies and how they can be used to surmount life's vicissitudes

She cautions that we should refrain from negativity and concentrate less on material pursuits.

"No situation is hopeless," she argued, when asked about at-risk communities. "Our mindset as a people must change. We must break the cycle of dependence and become self-reliant. We are all talented and gifted and have something meaningful to offer. Our youth cannot be allowed to waste precious time. They must learn meaningful skills."

Decrying fear and lack of perseverance, she challenged us to think outside the box, to become audacious and venturesome.

"Engage and surround yourself with people who are positive, people who have been successful in their pursuits. This can only add meaning and motivation to your own vision and quest."

She lauds the 'adopt a community' initiatives and hopes to contribute to the advancement of Jamaica's youth through her writings and lectures.

And she welcomes the role of culture in promoting a sense of amour propre, individuation and identity.

She cites the contribution of Bob Marley in engendering unity and peace among diverse cultures.

"Marcus Garvey to me is special because he inspired self-reliance in every endeavour." Salmon also finds favour in Garvey's pioneering spirit in culture and business.

As we parted, Salmon's words continued to resound. "I made a personal decision and commitment to help make the world a better place, not only by tapping into my greatness but also by sharing it to the world."

She emphasised the importance of resilience. "Perseverance requires a certain mindset. It is in overcoming failures that we emerge stronger and humble."

Undeniably, Salmon's elan and aplomb are matched only by her faith, intellect and discernment. It is a melange of enviable attributes that guarantees unfathomable success.

- Dr Glenville Ashby is the author of Anam Cara: Your Soul Friend and Bridge to Enlightenment and Creativity. Feedback: glenvilleashby@gmail.com or follow him on Twitter @glenvilleashby