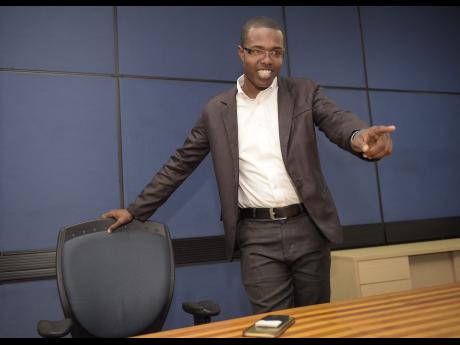 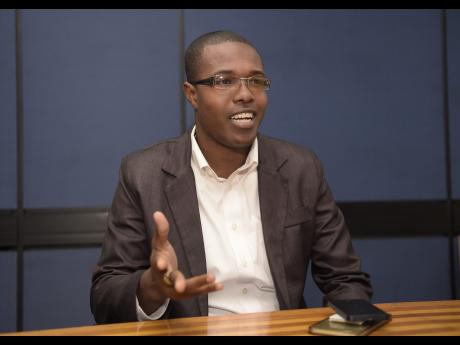 Climbing the ladder of success is not always easy. However, for Terron Dewar, he is consistently at the forefront of making it all happen. For him, every competitive challenge is an opportunity not just to survive, but to move ahead and thrive.

At age 27, his accomplishments have not gone unnoticed and he continues to earn the respect of his internal and external clients. Dewar is Sagicor Bank's brand manager and has copped the coveted Team Member of the Year 2016 award for Sagicor Group Jamaica.

Dewar's relationship with Sagicor began in 2014 as marketing coordinator. His positive work attitude, determination and competence did not escape the notice of management as, within two years of joining the organisation, he was promoted to assistant manager, group marketing.

"I learn very fast. It was my first foray at marketing in a corporate environment. The more they taught me, the faster I grew. I pulled from other experiences and I had my own ideas about things and how to do things in a better way," Dewar said.

Dewar's success began during his early days growing up in Burnt Savannah, Westmoreland. He lived with his grandmother and learnt the value of discipline and hard work. According to Dewar, although he led a balanced life that included attending school, an active church life and playing with his family and friends, he was always taught to have a positive attitude and work towards his goals.

"I appreciate my grandmother now even more. She always said 'you grow and you learn', and I have ascribed myself to this over the years. We didn't have much, but I didn't feel as if I was short of anything. Grandma would say we are blessed, not poor," Dewar said.

While attending Manning's High School, Dewar was an active member of the track and field team; a spiker for the volleyball team; and played football. With 12 Caribbean Examinations Council subjects under his belt, he was also no academic push-over.

"It was a good blend of academics and extracurricular activities. I didn't skip class, and had a perfect attendance record. Rain or shine, grandma sent us to school. I was attentive in class and did my homework and played, like everybody else," Dewar said.

"I was brought up to be self-sufficient and while my grandma taught me to be disciplined and work hard, I got the knowledge about life from my dad," he added.

Getting into university was, according to Dewar, an easy transition and he went on to leave several indelible marks at the University of the West Indies, Mona. Dewar was past president, acting president, vice-president and games committee chairman of the UWI Guild of Students; and is a two-time recipient of the UWI Premiere Award, the university's highest student award.

His responsibilities at Sagicor include creating programmes for student mentorship and leadership training.

He also serves as co-chairman of the Baulk Basic School board.

"I am doing a good job so far and I am using the opportunity to explore other avenues to market the Sagicor brand. I am also using the time to develop skills that I can execute on the job. It can only get better going forward," Dewar said.