The case against organised religion 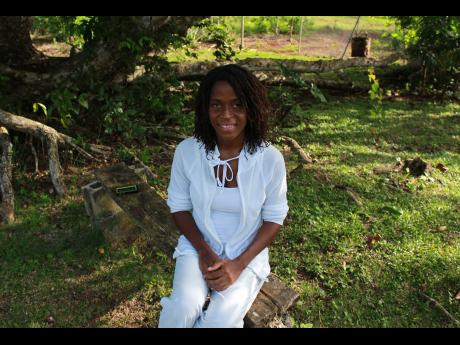 Leanne Richards-Williams grew up as a Christian and was a member of the Seventh-day Adventist (SDA) Church in Mason Hall, St Mary, for seven years before deciding to disassociate herself from the parish's fastest-growing religious organisation.

Today, she expresses her spirituality without being attached to any particular denomination and firmly believes that one of the biggest threats facing the people of Jamaica comes from the concepts and ideas emanating from organised religion.

Speaking earlier this week, Richards-Williams told Family and Religion: "I describe myself as someone who seeks knowledge and tries to understand the root of everything that is established - church, school, government, and finance. I read and research a lot and then use that information to base my decisions and govern how I interact with people on a daily basis. I'd be considered agnostic, but there is no real label.

"After about three years as a member of the SDA Church, I started questioning things because I understood the doctrine fully and willingly submitted to it in terms of expressing my spiritual life but noticed the church was comfortable doing the same things over and over.

"I started observing and questioning things like: Why are there so many physical churches left undone? Why is it that these people have been here longer than I, but have a spirit of animosity against each other? Cliques exist everywhere in the world, but why do they need to exist inside an organisation that is supposed to be the crËme de la crËme of all Christian churches?

"Recently, I keep hearing people say to me 'You're not a Christian, so do you still pray?' People feel lost without being identified by a particular group because of the mindset that is taught in the mainstream. There's a polarity: you're either with us or against us. You have to belong somewhere to be really sane or set. But it is possible to believe in Christ and not believe in any denomination, just as it's possible to be a part of a denomination and not follow Christ."

To experience true spirituality, Richards-Williams believes that people must follow their hearts and initial instincts. She explained: "If an individual has a question, they must follow it until they find an answer they are comfortable with that settles in their soul. You have to go and do that personal work; nobody can do it for you. You have to start researching and reading because people perish for lack of knowledge.

"Just because I'm not a Christian doesn't mean I don't value the statements that are said in the Bible. But no man can use that as a means to tell me what to do and where to go, and that should be the same for anyone within the Church because God Himself doesn't tell you what to do. He lays things before you and gives you options. So don't be afraid."