Man of God urges Christians to activate their faith 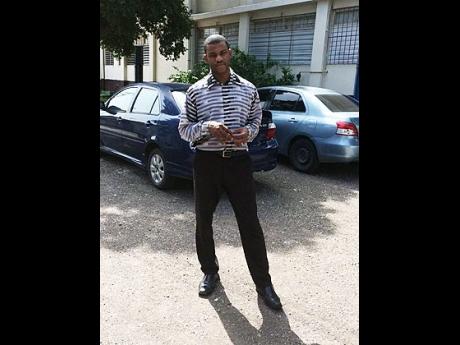 It was a man overcome by gratitude and awe over the continuous blessings and everlasting faithfulness of the God he serves that took to Facebook to share various aspects of his testimony with his friends.

Twenty-nine-year-old Nicholas Robertson boldly revealed the power of faith and how God has been providing for him over the years.

“Nine years ago I knelt by my bedside and wept when I saw how impossible it was for me to get a college education. During my moment of defeat, I cried out to God. A week after, He sent a woman from England, totally unknown to me, and blessed me with my first tuition.

“I met her the day she brought the money to assist me and I never saw or heard from her again,” he shared.

Robertson told Family & Religion that the contact was made by the woman, after, she said, while in England praying the Lord told her there was someone who needed help to start college, giving her his exact name and the location of the church he attended.

And his testimony didn’t end there.

“Three years ago l preached on the issue of faith at a church. When it ended I proceeded to walk home as I normally do, but this time God said to me ‘why not put your faith into action?’

“I immediately said to my wife ‘get in the car’,” he said, adding that she obeyed.

Robertson shared that they drove home that night in their imaginary vehicle, making sounds with their mouths and using their hands to steer, then upon reaching home, he turned around and said to his imaginary son, ‘Son we are home’.

According to him: “I remember some people saw us and laughed. But a few months after God blessed us with a car. A year later the son came.


“After sharing these testimonies the Lord said to me, ‘New Levels. It’s time to trust me for the home’. So we went to a property and turned our imaginary keys and opened doors only we could see. Today I walked back to the same location and this is what I captured,” he said referring to the photo of a house which accompanied the post.

The man of God told Family & Religion that the post has since reached many people, with some from The United Kingdom, United States, Liberia, Nigeria, Honduras and various Caribbean countries sharing how his testimonies have helped them.

When asked what moved him to make the post, Robertson said: “I drove to the location on Saturday and the feeling I had knowing this is my home was just overwhelming, especially while remembering all the struggles I experienced as a child and Christian. I finally had the chance to confidently say I made it.

“I also wanted to say to my friends who were feeling hopeless or discouraged that God is able and to tell Christians to get ready to activate their faith. I had no idea it would impact so many people, I just wanted to motivate someone to trust God.”