Jamaica sticking to position on Venezuela at CARICOM meeting 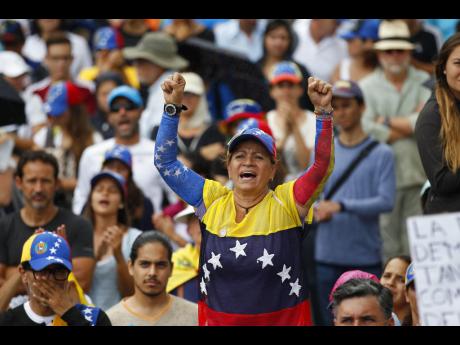 Jamaica will stick to its position on Venezuela even though it will try to use this week's meeting of CARICOM leaders to help bridge divisions in the regional grouping.

That’s according to a senior official in the Ministry of Foreign Affairs and Foreign Trade.

The 38th CARICOM Heads of Government Conference gets underway today in Grenada with a bulky schedule to cover three days of talks.

Issues such as regional health, security, skills and economic growth are among the top agenda items.

There was no mention of the thorny Venezuela issue but Prime Minister Holness will be facing his colleagues in St George's split three ways on how CARICOM and the wider Americas can help in resolving the political crisis in Venezuela.

At a meeting of foreign ministers of the Organisation of American States last month, five CARICOM countries including Jamaica voted in favour of a United States-backed resolution which included a proposal for a group of friends to mediate the Venezuelan crisis.

Five voted against the resolution and five abstained.

The ministry official, who spoke on condition of anonymity, said, given how things played out among CARICOM nations leading up to the OAS meeting in Mexico, little change should be expected in Grenada.

But, the senior negotiator said Jamaica will not back down from its position.