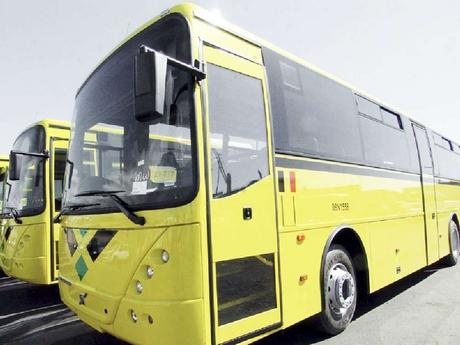 The Jamaica Urban Transit Company (JUTC) has increased bus operations along two routes in the Corporate Area in light of a robbery spree by rogue taxi operators targeting users of public passenger vehicles.

The JUTC says more buses have been deployed on the 30 and 47 routes.

The number 30 bus travels from Pembroke Hall via Waltham Park Road to Spanish Town Road then to downtown Kingston.

The number 47 plies the Chancery Street to Downtown route via Half-Way Tree and Cross Roads.

Communications Manager at JUTC Cecil Thoms says these routes were selected based on concerns raised by commuters.

Thoms says the JUTC will continue to assess the situation and may increase coverage on other routes.

Yesterday, the police warned commuters to increase their vigilance when using public transportation as several persons have been robbed by men posing as taxi operators.

The police say two men travelling in a grey Mazda Demio motor car have been carrying out the robberies.

According to the police, the men typically operate during peak hours and frequent routes along Molynes Road, Papine and Hagley Park Road, usually heading towards Half-Way Tree in St Andrew.

The police say they have had reports of similar activities in downtown Kingston.