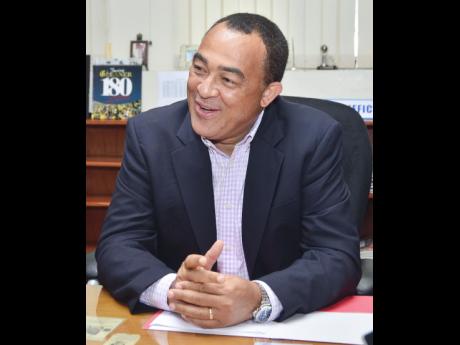 Thirty-years after they graduated from Manchester High School in 1987, the former pupils who are based in Jamaica and around the world will descend on Mandeville this weekend to begin celebrations - the highlight of which will be an awards banquet and expo.

The graduates have already started arriving in Mandeville for the three-day celebrations which will climax on Saturday night with a formal dinner, dance and expo at the Gulf View Hotel.

The group has called on one of its own, Dr Christopher Tufton, Jamaica’s minister of health - who was the cohort’s headboy, to give the keynote address.

Explaining the reasons for the 30-year celebrations, Bailey said: “We are aiming to raise funds for our alma mater by celebrating our educational heritage and showing our gratitude for the investment made by Manchester High School and our past teachers in our lives.”

An effort was made six years ago for a 25th anniversary celebration, but plans fell through and shortly after, planning started for the 30th anniversary.

A determined Bailey-Edwards said it was not easy to coordinate being based overseas but it took years and hundreds of correspondence to arrive at this week’s culminating events.

Participants will be drawn from Europe, the Americas as well as Jamaica. Celebrations will begin with a tour of the Perth Road-based school on Friday, followed by an informal lyme.