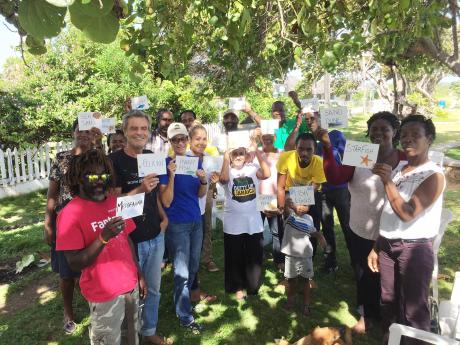 Contributed
Stakeholders show labels of species that contribute to or otherwise benefit from healthy beaches, during a recent community exchange under JET's Better Beaches for Jamaicans project. 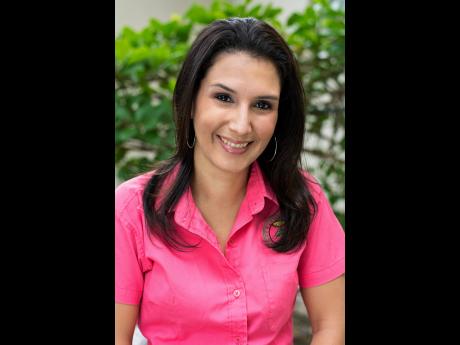 WITH MORE than 80 stakeholders educated about beaches and a manual written to, among other things, inform their management, the curtains have come down on the Jamaica Environment Trust's (JET's) 'Better Beaches for Jamaicans (BBFJ)' project.

"This project was really important and builds on a lot of the work that JET has been doing over the years," said Deputy Chief Executive Officer Suzanne Stanley.

The year-long project, which ended last month, focused on the Winnifred Beach in Portland, the Alligator Pond Beach in Manchester, and the Duncans Beach in Trelawny. The community workshops offered under the project looked at the environmental health of beaches and their functions, solid waste management at beaches, better beach behaviour and customer service, as well as basic business administration, sanitation and beach safety.

"A lot of communities are managing their beaches and there are a lot of things happening on beaches that we at JET are not too excited about - things like structures built too close to the shore," Stanley told The Gleaner..

"We wanted to educate people about why these things are a bad idea and why they hurt themselves in the long run by doing these things," she added.

The project - delivered in collaboration with the Environmental Law Alliance Worldwide and with funding to the tune of $3.5 million from the Irwin Andrew Porter Foundation - also gave three community representatives the opportunity to be trained as lifeguards.

JET is now looking to see whether a second phase of the project can be implemented.

"One thing that has come out of this is that the status of a lot of Jamaica's public beaches is unknown. The last survey of public beaches done by NEPA was in 1997 and a review in 2010," said Stanley.

"We are hoping that we can do some work around that and we want to do some more public education around beaches," she added.

In addition to a review of Jamaica's draft beach policy, the BBFJ project also saw the creation of the manual "Big Up Wi Beach: An Introduction to Better Beach Management for Jamaican Communities", which covers beach basics, including information on their structure and functions; health and the species that rely on or otherwise contribute to their health; beach threats as well as beach law and regulations.