200 disaster shelters to be delisted 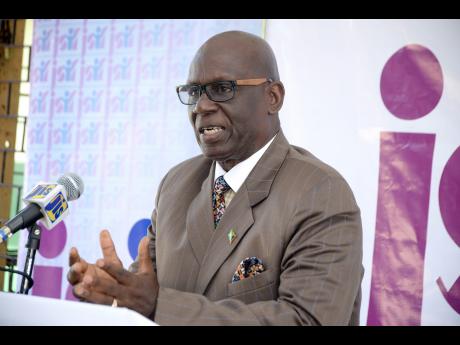 Local Government Minister Desmond McKenzie says that as part of a cost-saving exercise, the Government will be taking steps to close approximately 200 of the 900 disaster shelters across the country.

McKenzie, who was addressing municipal corporation disaster coordinators and public relations officers in a special meeting at the Hyatt Ziva Hotel in Rose Hall, Montego Bay on Wednesday, was giving details of the islandwide plans in preparation for the 2017 hurricane season.

"There are some 900 shelters (listed with the municipal corporations), and we estimated that there are another 100 that were not captured in the count," said McKenzie." It is not physically possible for a country the size of ours to operate 900 shelters, so based on the assessment that was carried out; we are going to move the number of shelters from 900 down to 700."

"We are going to be working within that ballpark of 700, and if nothing happens this year (in the hurricane season), we are going to use the experience of some of the shelters as a means to further reduce the number of shelters across the island," added McKenzie.

McKenzie also announced that several community centres and schools in selected parishes will be repaired and fitted to serve as shelter, noting that the Government has earmarked the requisite funding to pursue the plan.

"The administration is going to be looking in St Thomas, Portland, Clarendon, St Catherine, St Mary and St Ann, and we are going to be looking at selected community centres in these parishes, to renovate them to become shelters during this hurricane season," said McKenzie. "The Government will be setting aside some J$20 million to carry out repairs to selected community centres and schools across the country for use as shelters."

Based on scientific projections, approximately 17 named systems have been estimated for the 2017 hurricane season. It is believed that up to nine could become full-blown hurricanes.