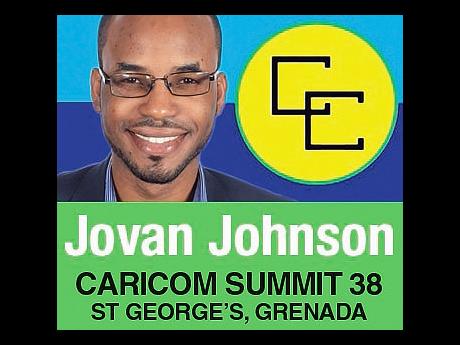 Caribbean people love their soda - that sugary non-alcoholic drink - and it is partly why persons from the region consume twice the amount an individual does elsewhere.

But, it is leading to an unhealthy society marked by early and preventable deaths due to issues such as diabetes and hypertension, according to a report on the evaluation of the implementation of the 2009 CARICOM Heads of Government Port of Spain Non-communicable Diseases (NCD) Summit Declaration.

"So, perhaps one of the reasons why the Prime Minister of Barbados (Freundel Stuart) was the first in the region to introduce a tax on sugar-sweetened beverages. And, we're hoping that more countries in the region will follow this," she added. WHO data shows that the average can of sugary drink contains about 10 teaspoons of sugar. The recommended intake is 25 grams (six teaspoons) per day.

The evaluation report was presented at the just-concluded meeting of regional heads of government in Grenada. The soft-drink issue was raised as one of the main contributions to the increased risks for NCDs in the context where CARICOM members are lagging in addressing diet issues.

According to Samuels, who heads a chronic disease research centre at the University of the West Indies, "our risk factor profile across the region is poor, and among children, it's even more worrisome."

The soda-drinking problem in the CARICOM subgroup fits in the high-consumption culture in the wider Latin American region. Central America, the Caribbean, and northern South America are the only places where people average drink well over a cup of soda or other sweetened drinks a day, the Washington Post reported in 2015 based on a study published that year.

The situation has helped to give the Caribbean the distinction of having the highest mortality rate from NCDs in the Americas. Over 40 per cent of those deaths are premature.

It is estimated that around 39 per cent of adults were overweight in 2014, and 13 per cent were obese. Some 42 million children under age five were also either overweight or obese.

Additionally, from 2011 to 2030, the WHO estimates gross domestic product loses - indirect and direct - due to diabetes will be US$900 billion-US$1.7 trillion in high income countries and US$800 billion in low and middle income countries.