Doctor's Advice | Could he have HPV? 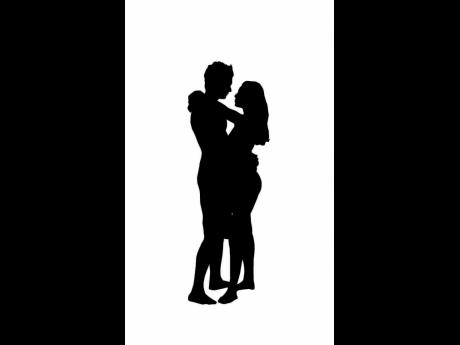 Q Hi there, Doc. I am a guy of 19 and I really like sex. I think girls are wonderful! I would like to get married some day, but for the moment, I am just 'playing the field'.

So I must candidly admit that I have had sex with around six or seven girls, and these experiences have been really enjoyable. I do not regret them at all, Doc.

But the other day, I was reading a United States magazine devoted to health. There was an article which said that 'anyone who is sexually active will probably get the HPV virus'.

Doc, I did not like the sound of that! What exactly is HPV? Is it something to do with cancer?

Do you think I have got it?

A Well, the first thing I must say is that it seems to me that you have been taking quite a few risks by having sex with all those girls. To have been with "six or seven" young women at your age does not suggest a totally responsible attitude!

From what you say, it doesn't seem like you have got anybody pregnant, so that is good. But if you continue like this, it seems highly likely that you will eventually acquire a sexually transmitted infection.

One 'bug' that you may well have acquired already is that human papilloma virus - widely known as HPV.

This virus is incredibly widespread among human beings. This is mainly because it spreads from one person to another real easily, sometimes through sex, but also through skin-to-skin contact.

Indeed, the extraordinary thing is that most sexually active men and women will acquire HPV by the time they are in their 20s! That is a fact that many people find hard to believe, but it is true.

Very fortunately, the human body's defences against HPV are pretty good. So, in many cases, our anti-germ equipment will overcome the virus and get rid of it. This is called 'clearing' and it may well take a couple of years.

But alas, clearing does not always happen. Sometimes, the germ establishes itself in the body and causes harm. In particular, it can provoke, in women, cancer of the cervix; in both sexes, other types of cancer (like in the mouth, or in the bottom); and warts - on the male and female genitals.

So HPV is quite a big threat to health. I must explain that there isn't just one type of HP virus. In fact, there are well over 100, and different HP viruses can do different things. For instance, some strains can cause cancer, while others can cause genital warts.

How can young men and women protect themselves against HPV? Well, the first thing is to avoid 'sleeping around'. Second, if you do have sex, please try to use a condom on all occasions.

Also, I am very pleased to say that the Ministry of Health recently announced that later this year, the vaccine against HPV will be introduced in Jamaica. That will help a lot of people healthwise.

Finally, you asked whether I think that you have HPV. I have no way of telling, but I would guess that if you have gone with 'six or seven' young women, you probably do have it. So please do always use a condom (male or female) in any future sexual encounters which you may have.

Q Doc, in order to settle an argument at my college, how many days should a female's menses last for?

A Well, around four days is OK. If the period drags on for longer than that, there is a risk that the blood loss will lead to anaemia (weak blood). That is why so many teenagers become anaemic.

Q We are a young couple and very much in love. Doc, do you think that if we only had sex once per week, we would be safe from pregnancy?

A No, definitely not! You obviously don't know very much about sex and the conception of babies. I would urge you not to have sex until you have been to a doctor or youth clinic.

The health professionals there can advise you about sensible and safe ways of avoiding pregnancy.

Q Dear Doc, I am a female teen and I would like your advice about little, painful bumps that have come up around the roots of my pubic hair. Sometimes they burst and release a drop of yellowy fluid. Help me, please!

A This cannot possibly be VD. Sounds like you just have little infected hair follicles in your pubic region. Follicles are the tiny pits out of which hairs grow.

These infected follicles are extremely common in young women, especially those who have recently shaved their hair off. Please see a doctor in order to get a precise diagnosis, but my best guess is that the doctor will tell you that there is no need to fret. She will prescribe some form of antiseptic.

Q My testicles are rather small, so I asked a doctor to arrange a 'sperm count' for me.

Well, I masturbated into the glass jar that was provided, but then I was too embarrassed to give it in. Instead, I carried it round in my pocket for several days before I took it to the lab.

Apparently, the result came back as 'Sperm count: Zero'.

Does this mean that I am definitely infertile, Doc?

A No. If you carried a jar of your seminal fluid around for several days, then the value of this test was just about nil! Sperm counts have to be done fresh. Otherwise, the sperms die.

Please ask your doctor to order another test. This time, make sure your man-fluid gets to the laboratory real fresh. There is a good case for producing the specimen when you are only a few minutes away from the lab.

Q Three weeks ago, I let another student from the university have sex with me, Doc. I insisted that he 'pull out' before he climaxed, and he did what I asked. In fact, I am quite sure that his fluid landed on my left thigh.

But guess what? My menses are now a week overdue. Do you think that he has got me pregnant, despite pulling out?

A I'm afraid this is very possible. However, I would say that the odds are with you. In other words, your period may have been delayed for other reasons. Let us hope so.

But clearly, your only course of action now is to do an urgent pregnancy test. Please try and get it done soon.

This week, I am getting engaged to a delightful girl who I love very much. Do you think I should tell her about this episode of 'fooling around' when I was 14?

A Although I am a great believer in complete honesty between two engaged people, I don't think that there would be much to gain by making this disclosure. But if you would like a second opinion, why don't you talk to a helpful minister of religion?