PM to address debushing report from OCG in Parliament 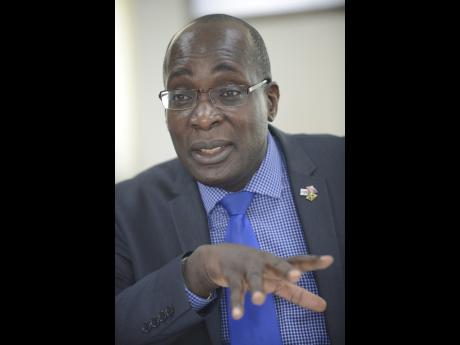 Minister of Education, Youth and Information Ruel Reid on Thursday declared that the Andrew Holness administration would shortly be responding, in Parliament, to the findings and recommendations of the contractor general in the so-called debushing probe.

Reid, who is acting leader of government business in the Senate, sought to brush aside remarks by Opposition Senator Lambert Brown, who blasted the Government for deviating from government guidelines in the implementation of the $600-million debushing exercise.

The report from the Office of the Contractor General (OCG) was tabled in the Upper House yesterday, but was laid in the House of Representatives last week.

"So when the Cabinet of the country breaks the law ... that tells us something about how serious we are about fighting corruption," Brown said, while making his contribution to debate on the Integrity Commission Act.

He charged that the Cabinet is responsible for policy, "and if that body ignores the rules we are not the shining city on the hill, we are the dump of corruption".

However, Reid said Holness would be making a statement to Parliament on the report.

"I don't want it to be given that there is not going to be a response by the administration," he added.

Brown contended that there is little regard for the recommendations of the contractor general.

He said reports from the OCG are tucked away in the proverbial File 13 and no parliamentary discussion is held on them.

"I believe that if we are serious about fighting corruption, we must take the recommendations of the contractor general, discuss them in the Parliament, affirm them or reject them," Brown stated.

He said it made no sense that the Government spend millions to fund the anti-corruption body when its recommendations are not considered by Parliament.