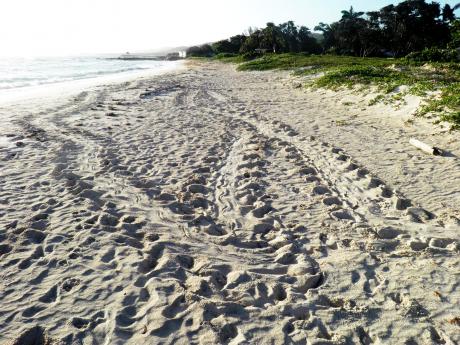 Contributed
A section of the beachfront at Duncans Bay, Trelawny. 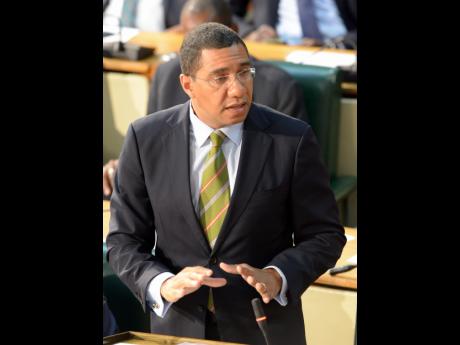 Residents of Duncan's Bay in Trelawny remain upset over the recent decision by Prime Minister Andrew Holness to grant an environmental permit for mining and quarrying beach sand in their community to an entity operated by land developer and former Jamaica Labour Party (JLP) representative, Keith Russell.

The prime minister, who has portfolio responsibility for environment, gave the green light to the Duncan's Bay Development Company after Russell, a former member of parliament for North Trelawny, appealed a decision by the National Environment and Planning Agency (NEPA) to reject the company's application to operate in the area, which includes a residential development and the upscale resort community of Silver Sands.

"After being advised of the arguments by both parties and the recommendations provided by the NEPA, I have decided to allow the appeal from Duncan's Bay Development Company Limited, thereby granting the environmental permit in respect of the captioned matter pursuant to Section 35 of the NRCA (National Resources Conservation Authority) Act," said Holness in a letter to head of NEPA, Peter Knight.

The prime minister included several stipulations which the company must adhere to, as his office expressed surprise at the public comments questioning the decision.

When stakeholders in Duncan's Bay voiced their objections to the decision, the Office of the Prime Minister (OPM) argued that the process was transparent and protocol was followed to protect the residents and the environment.

"Proceeding on legal and technical advice and further advice from the municipal corporation and the Mines and Geology Unit, among others, and based on the recommendation of the National Environment and Planning Agency, Prime Minister Andrew Holness made the decision to allow the appeal from Duncan's Bay Development Company Limited, thereby granting the environment permit for the mining and quarrying of beach sand at Duncan's Bay, Trelawny," said the OPM in its statement.

But several residents of Duncan's Bay are contending that Holness could not have observed due care in making the decision, as they were not consulted.

"No one met with the citizens to hear our story, to include us in any way or form for us to show them what is happening on the ground and be shown the overwhelming evidence of the destruction taking place in our community," said Delroy Boswell, president of the Duncan's Bay Citizens' Association.

"How could the Office of the Prime Minister release such an announcement, and on what grounds can they say they acted to protect the citizens and its environment, when no consultation was ever made with the citizens by any means ... before the issue of this licence?" argued Boswell.

In a letter to Prime Minister Holness and copied to the media, The Silver Sands Cottage Owners Association (SSCOA) , which represents the more than 150 owners, described the process by which the application was considered and approved as questionable.

"No studies were sought, no public or environmental consultation took place," said SSCOA in the letter, which was signed by Rolf Lanigan, the vice-president for the community group.

The residents further charged that the continuous removal of sand has devalued their beachfront properties as several original owners are now selling out and relocating to other parts of Jamaica.

"The sad thing is that there are currently quite a few who were in advanced negotiation to sell, but the prospective buyers, after hearing what is happening in our community, opted to discontinue," charged Boswell.

"I am going nowhere, I invested in my home through hard work and I will be fighting for my right with the rest of homeowners," added Boswell.

He further charged that the trucks and heavy equipment travelling through the community are posing considerable danger to residents and damaging the roads.

Boswell added that the lot which the company now use as a storage area has robbed the community of one of its designated green areas.

The residents also claim that the area where the mining is taking place is a documented 'Turtle Nesting Site' and features several species of turtles that are protected under the Wildlife Protection Act.

That claim has been taken up by the Jamaica Environment Trust (JET), which says overwhelming evidence has been provided to NEPA by the residents that nesting sea turtles use the beach.

JET has also expressed concern that the removal of sand from Jamaican beaches to other beaches in different parts of the island poses a risk to the marine environment and coastal infrastructure.

PM's conditions that must be upheld by Duncan's Bay Development Company

- No sand should be removed from the foreshore of the property.

- No clearance of vegetation cover outside of the boundaries stipulated under the mining licence.

- All work should be carried out by the company between the hours of 8 a.m. and 4 p.m. from Mondays to Fridays. There shall be no work on weekends and public holidays.

- There should be no disturbance of any turtles or their nests as a consequence of the activity.

- The company shall notify the Duncan's Bay Citizens' Association and NEPA of the schedule of mining activity so as to ascertain the areas where turtle nests are located and any other concerns.

- No mining activity shall be undertaken during the peak turtle season - June to November.

- The company shall engage the services of a qualified and known professional(s) who has/have the experience in handling turtles, their nest and eggs.