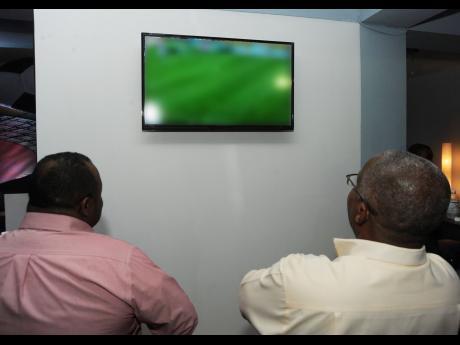 The government is moving to get United States media that broadcast content produced in Jamaica to pay up in the same way that country has been pressing cable providers here to obtain the requisite licences to broadcast their content.

Speaking on Independent Talk this morning, Cordel Greene, the Executive Director of the Broadcasting Commission of Jamaica (BCJ), said the entity raised the issue at the meeting between CARICOM and the US Trade Representative (USTR) in Washington DC last year.

Greene says the Ministry of Foreign Affairs is in the process of preparing official correspondence to the USTR to enforce the copyright laws on media outlets which broadcast Jamaican content without the requisite licence.

Executive director of the Broadcasting Commission of Jamaica, Cordel Greene

The move by the Foreign Affairs Ministry to enforce the copyright laws comes against the background of widespread reports of illegal broadcast of Jamaican content by various US media.

In 2015, cable operators were ordered by the BCJ to discontinue broadcasting the content of several US cable channels after the USTR began pressuring the government to get cable service providers to pay for the content.

This follows the USTR listing Jamaica among a group of CARICOM states that broadcast musical works publicly performed by radio and television broadcasting stations without licences from the appropriate public performances rights organisations.

Jamaica was also listed as one of the countries where entities intercept and retransmit copyrighted content without remuneration as it relates to cable and satellite broadcasting of copyrighted network programming.