Resolute Pitt gets injunction against NEPA 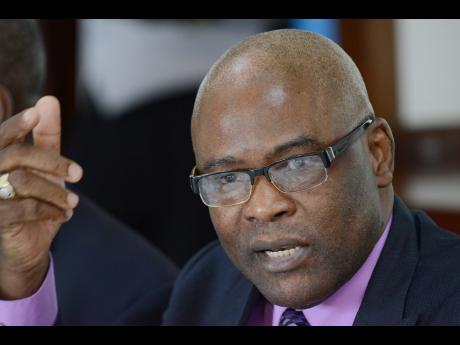 Returning resident Ashton Pitt has been granted an injunction and leave to go to the Judicial Review Court to apply for an order to quash the decision of the National Environment and Planning Agency (NEPA) to grant permission for the establishment of a petroleum storage and liquid petroleum gas (LPG) dispensing facility near his Llandilo home, in Westmoreland.

The matter was heard in chambers by Justice B. Morrison. Ian Wilkinson and Lenroy Stewart of Wilkinson law firm, represented Pitt; attorneys-at-law Mojorn Wallock and Deborah Lee-Shung represented the attorney general and the NEPA; while Kereene Smith, holding for Jeneive Subdul-Williams, represented the developers Hubert and Andrew Williams. The Westmoreland Municipal Corporation was not represented.

The matter was brought to the fore by The Sunday Gleaner, which last year highlighted the fact that residents in a section of Llandilo, known as Farm Pen, were apprehensive about the establishment of the facility, which includes a block-making plant, being so close to their houses. The matter will continue in court on July 19.NEPA: Approval given after suitability determined

In defending the National Environment and Planning Agency's (NEPA) decision to approve the establishment of a petroleum storage and liquid petroleum gas-dispensing facility in Llandilo, Westmore-land, CEO Peter Knight said approval was given after the suitability of the site and the impact on the neighbourhood were determined, with only one objection based on health concerns.

But Ashton Pitt, whose property is closest to the development, said he was not consulted, and although he hand-delivered several letters of objection, including to Bertel Moore, chairman of the Westmoreland Municipal Corporation, he received no response.

"NEPA and the parish council [municipal corporation] should have given consideration to the many children who live in the immediate vicinity of this potentially hazardous operation, plus the threat of seeing the properties of legal owners losing value," Pitt argued.

But in standing by the decision to support the project, Moore, who is also the mayor of Savanna-la-Mar, said the area was not a totally residential area.

"One must bear in mind that the area allows for a mix of commercial and residential; that the developer is a legal owner of his property; and, more important, that most of the persons in that area are squatters," Moore had told The Sunday Gleaner.

Public Defender Arlene Harrison Henry, who launched a probe into the matter after receiving an official complaint from Pitt, has determined in her report on the matter that his rights were violated.

The public defender's report also charged that the local government body, which is chaired by Moore, should explain, among other things, its failure to respond to a letter of objection to the commercial development in the area, or to even forward the objection to NEPA for evaluation.

"The safety of the community has not been carefully considered and stands to be greatly compromised as the development has inherent, hazardous features," the report stated.

The public defender also suggested that the developer, Andrew Williams, should find a more suitable location for his operation, but NEPA disagreed.