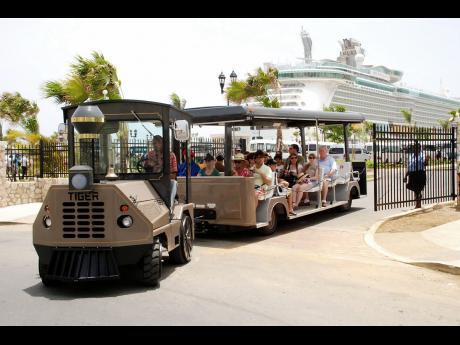 Business leaders in Trelawny say the authorities should not be surprised tourism harassment has been cited as a concern for cruise lines.

Last week, reports surfaced that the local industry was set to suffer a major blow with the pull out of three major cruise lines, largely as a result of harassment concerns.

However, in a statement yesterday, the Port Authority disputed the reports saying that apart from the Royal Caribbean Cruise Lines (RCCL) subsidiary Celebrity Cruises, which was late in berth reservation for 2018, resulting in the available berth going to Princess Cruises, all cruise lines remain committed to Falmouth and are still scheduled to call at the port.

Prior to the release of the Port Authority statement, Delroy Christie, acting president of the Trelawny Chamber of Commerce, said while reports of a pull out were regrettable the harassment problem was becoming unbearable.

Mayor of Falmouth Colin Gager had said last week that the pull out of three vessels, which together bring in about 10,000 visitors per call to the port, would result in losses of about $5 million monthly.

Yesterday the Port Authority said that, although a decline in earnings was expected from the reposition of Allure of the Seas, the summer season generally records an approximately 40 per cent decline in cruise arrivals, compared to the winter season.

(EDITOR'S NOTE: An earlier version of this story suggested it was a fact that three cruise ships would be pulling out of Falmouth.)