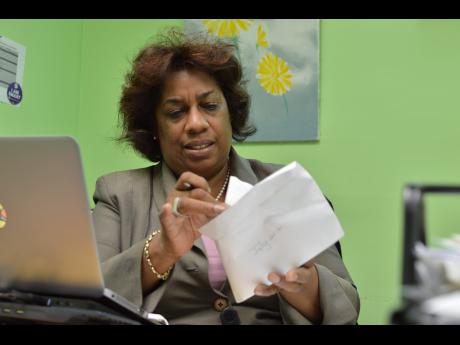 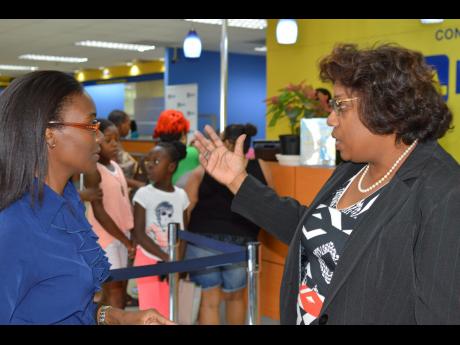 Pam Thompson does not carry around the key to her home. Instead, she carries a key for a highly secured lockbox at home, which contains that key.

The chief project officer at the Jamaica National Group, Thompson says that as a project manager, her job is to manage issues and risks, to ensure that what the organisation plans, is what is delivered. And managing the risks to her home's security is just an additional way in which she obsesses about reducing risk; as well as improving process efficiency.

"I find it strange that very few persons use a lockbox for their home keys," Thompson says. "It gives you more options to secure your home, and reduces the risks associated with losing the key to the house!"

As a project manager, she takes that analytical approach to improving the efficiency of processes and applies this to the organisations' activities. Her team in the Enterprise Project Management Office (ePMO) operates as a separate division within the Jamaica National Group.

She explains that apart from the general work of managing and monitoring projects, her Division's Productivity and Organisational Efficiency Unit assesses elements of the organisation's operations with the aim of improving efficiency.

"One change the team facilitated was the restructuring of our JN banking hall operations," Thompson outlined. "We determined that customers with transactions which took marginal time should be put in separate lines from those requiring more time.

"This is similar to the concept that is applied in supermarkets, which allows employees to focus appropriately on the different types of transactions ... cash versus credit payment; and under-10 items," she outlined. "In our case, it was complex, time-consuming transactions versus simple, single transactions; and transaction times fell significantly as a result."

When a defined activity is carefully planned, and the risks and issues mitigated and managed to achieve a specific aim, it is deemed as being a successful project, Thompson said, adding that "I don't know any area of endeavour or industry that cannot benefit from the discipline of project management".

Pam Thompson related an example of a project her division executed with a hospital to improve the process used to manage their patient assessment system.

"The hospital wanted to improve the flow of patients from they came through the gate to the point where they were assessed," she stated. The problem was that "patients were not following the expected procedure.

"On entering the hospital, their prominent 'Accident and Emergency' sign was the most visible," she explained. "Unfortunately, it was the triage area where patients were supposed to visit first, so the signage at that entry point had to be improved."

Additionally, recommendations were made for a reception desk to be located closer to the entrance area, and a mechanism was instituted to determine the order in which patients entered the section.

The two separate letter-size forms being used to collect basic medical and personal information were consolidated into a single letter-size document for greater efficiency and cost savings.

"Now patients find it easier to navigate the system; and staff members can work more effectively," Thompson said. "That was one of my most satisfying projects.

"Many professions are using project managers to assist them to ensure that they can deliver quality outcomes on time and on budget," she stated. "It is one of the fastest-growing professional fields in Jamaica."

Two years ago, the Jamaica chapter of the Project Management Institute had slightly more than 200 certified members. Today, that figure has increased to more than 300, and it is set to continue growing.

"Every major company in Jamaica has a project manager or someone who essentially functions in that role," she explained. "It is efficiency that provides many companies with their competitive edge, and we help to achieve that improved efficiency."

Project management also applies at the national level, where Jamaica is attempting to improve its attractiveness to investors, by enhancing the functionality of the state systems to simplify project approval processes.

"One critical area in which greater effort needs to be expended is improving the country's planning approval process," Thompson stated. "Some approvals now take more than a year to process; however, there is a commitment to reduce that time to three months.

"For us to do well as a nation, we need to put in a lot more effort to ensure that our visions becomes reality," she said. That also applies on the individual level.