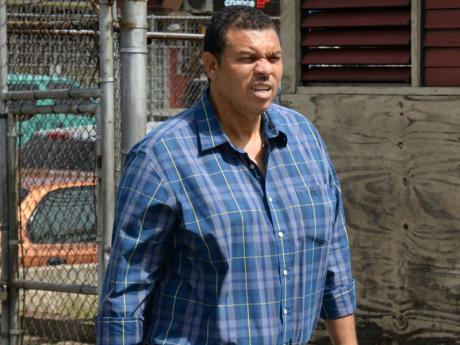 Businessman Patrick Powell has been found guilty of failing to hand over his licensed firearm and ammunition to the police for inspection.

The verdict was handed down by Parish Judge Vaughn Smith in the Kingston and St Andrew Parish Court a short while ago.

"The Crown has discharged its burden of proof to the requisite standard. The court finds that Mr Powell is in contravention of the Firearms Act," Smith ruled.

Powell will be sentenced on August 9.

Smith says should he now surrender his weapon to the police it will be a mitigating factor at sentencing.

After the verdict, Powell conferred with his attorney Deborah Martin.

He was charged in 2011 amid a police investigation into the shooting death of 17-year-old Kingston College student Khajeel Mais.

Powell was a suspect in the shooting and police investigators wanted his Glock pistol to do ballistic tests.

Superintendent Clive Walker testified, during the trial, that he asked Powell three times to produce the weapon, but said each time his request was ignored.

Martin, however, argued that by not responding, her client was invoking his right to remain silent.

But prosecutors countered saying that right can only be invoked after an accused person is formally arrested and charged.