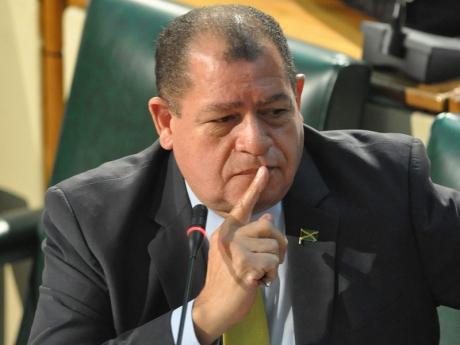 Shaw said he was unaware of his telephone expenses until it was brought to his attention in March.

The caucus of young professionals affiliated to the People’s National Party (PNP), the Patriots, has called for a comprehensive probe by the Auditor General Pamela Monroe Ellis into what it has called the misuse of public funds and privileges by the Andrew Holness administration.

According to the Patriots, the phone bill of Finance Minister Audley Shaw’s is an absolute atrocity committed on the Jamaican taxpayers.

According to a Television Jamaica report obtained through the Access to Information Act, from February 2016 to March this year, Shaw incurred $8.34 million in cell phone bills.

Shaw said, subsequently, negotiated with the phone provider for a $1 million discount.

He also said he paid for the personal charges, totalling $2.5 million.

"There is now clear and convincing evidence that members of the Government have been using their status and privileges for personal gains," a spokesperson for the Patriots said.

The group cited a Nationwide Radio interview with Shaw on Tuesday, in which he said he was unaware of his telephone expenses until it was brought to his attention.

"This is, however laughable to suggest that he was unaware of the expenses as it is standard practice for anyone with CUG (closed user group) privilege to personally sign off on all charges before the balance due is settled with the telephone company," the spokesperson for the Patriots.

The PNP affiliate said its investigation and knowledge of CUG facility substantiate the procedure that each CUG user is presented with a monthly bill, detailing charges for current usage with a specific request to differentiate the official calls from those of personal usage.