'Behind her Lipstick' - Manchester Festival Queen seeks to empower women 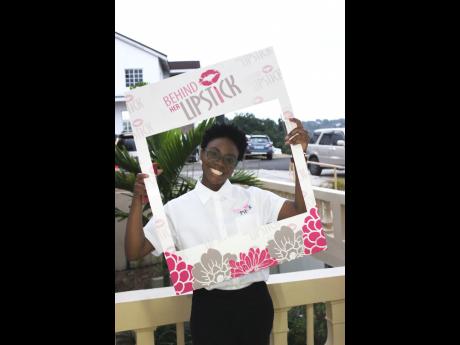 Tamara Bailey
Miss Manchester Festival Queen 2017 Kayan Milwood at the recent launch of her initiative ‘Behind Her Lipstick’, to help struggling women.

For 25-year-old Kayan Milwood, Miss Manchester Festival Queen 2017, the project to be completed during her reign is much more than a requirement. Instead, it has become a need.

Having battled with issues of poor self-confidence and low self-esteem, it took the assistance of her late brother to channel Milwood's lack of self-love into a drive to help others feel good about themselves.

An emotional Milwood said that in order for one to become empowered, they must empower others. Hence the launch of her initiative, dubbed 'Behind Her Lipstick' - her life's purpose, to helping women overcome their challenges.

"This initiative began two years ago when I entered the pageant, but I did not submit this project proposal. However, I said this year, win or lose, I would be submitting... I want women to think of themselves as not less than but equal, with the abilities to do anything," Milwood told Rural Xpress.

She added: "...You have to know for yourself that 'I am more than what you may think I am. 'You have to be the person that decides that today, I am not going to be puffed up by the words of others. I don't want any woman out there thinking that she is less than herself," she told Rural Xpress.

Milwood said she will be championing the cause in universities, high schools and women's centres.

She even plans to incorporate female police officers, whom she says have gone through and still continue to go through a great deal.

"I plan to have several workshops and I want to include everyone. I am inviting anyone who wishes to come on board to join us ... we have our Facebook page and Instagram page now, and if you want to to share your story, I will seek to provide that platform for you to do so," Milwood urged.

The launch saw eye-opening presentations from Dr Maxine Wright, Davianne Tucker, Krystal Tomlinson and Sharmica Holness, women who have transferred their pain to purpose and are building their brands.