Doctor's Advice | No one believes we're in love 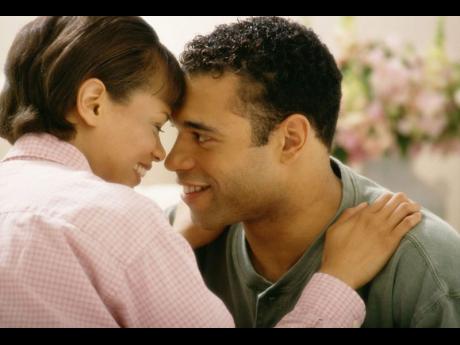 Q Doctor, can you give some good advice about love and sex to a young couple? We are both 17 years old, and we have been deeply in love for several months.

You could say that we are completely wrapped up in each other, never thinking of anyone else! As far as sex is concerned, we have been doing it for around two months now, and we just cannot believe how fantastic it is! By the way, we were both virgins when we met.

Now the problem is that when we tell our parents and other people that we are wonderfully in love, they don't believe us. In fact, they often laugh at us and say 'that will soon change', and things like that.

Both sets of parents know each other. In fact, our moms were at school together. But, unfortunately, they don't get on so well with each other. Maybe that is why they don't really want us two to marry and to have children.

By the way, we both have prospects of good careers. So we would plan to go to college or university before we actually got married.

Obviously, we have been affected by all these people saying it won't last, and stuff like that. But we are determined that our love will survive and that we will be together for many, many years, perhaps 'until death do us part'.

So what do you think, Doc? What is your opinion about teenage love? Do you feel that despite what everyone says we can keep things going, and still be together in 20 or 30 years' time?

A Well, teenage love is a beautiful thing. Your story is a little bit like Romeo and Juliet. But I hope things will end up much better for you than that particular tale of star-crossed lovers did!

It is understandable that your parents and other older folks don't take your love as seriously as you do. They are not feeling the same powerful emotions as you two are. If they ever knew what it was like to be a teenager in love, they have probably forgotten all about it.

Also, please remember that statistically speaking, there is some truth in what they say. A high proportion of teenage love affaires do break up. The reasons why this may happen include:

- The couple goes to separate colleges or jobs and doesn't see so much of each other.

- The girl meets another guy and falls in love with him.

- The boy meets other young women and, maybe, decides to 'try them out' sexually.

So, some of these young love relationships don't go the distance. But it's important to realise that others do!

Yes, there are some couples in their 40s or 50s or even 60s who were teenage sweethearts and who really have stayed together for decade after decade. I hope that will apply to you two.

But please let me offer a word of caution. From long experience, I can tell you that one of the things that often torpedoes teenage love is pregnancy.

You are obviously having a lot of sex, and if you carry on like that, there has to be a big chance that this will eventually result in conception of a baby. That would be a most unfortunate complication. Just imagine what it would do to your career hopes.

So please, please, please, would the two of you go together to a clinic that helps teenagers with contraception. Talk to them about such methods as condoms, the Pill and the Shot - and others.

Finally, can I give you one tip? Don't let your parents separate you by sending you to colleges that are miles and miles apart! That kind of geographical separation really is the enemy of romance. It will be very difficult to keep your relationship going if you are spending your nights far apart.

Q Doc, I am 20 and engaged to a girl who is a year older. Sex with her is pretty good, at least from my point of view.

I have noticed, however, that she does not discharge. Recently in bed, she has been saying to me rather irritably, 'Why can't you find my clitoris?'

But honestly, Doc, I don't know where the clitoris is. Is it somewhere far up inside the vagina?

A No, it isn't. It is actually, more or less, visible from outside. The bit that you can see looks rather like a small, pink gungo pea. Amazingly, many males seem to be almost incapable of finding it! But they should try to do so as it really is the key to female sexuality. If you are not stimulating it, then no wonder that your girlfriend is not reaching orgasm.

I think you should now look at a website called 'Understanding the Clitoris', written by a lady called Stephanie Eldred, who explains it all very clearly, with good diagrams. You will observe that it is located just below the apex of the triangle of pubic hair.

Also, a sensible thing to do would be to ask your girlfriend to show you where her clitoris is and to demonstrate how she likes it to be stimulated. I wish you both well.

Q A friend of mine has told me that going on the Pill could get rid of my period pain. But why is that, Doc?

Also, I have been informed that I have dysmenorrhoea. Is that serious? Is it a disease?

A Dysmenorrhoea is just the medical word for period pain. It's not a disease.

Yes, your friend is correct. The Pill usually does abolish menstrual pain. The reason for this is that the oral contraceptive is designed to stop you from ovulating (that is, releasing an egg or ovum). And in general, if you don't ovulate, you won't get period pain.

I think you should talk to your doctor about the possibility of going on the Pill.

Q Doc, a strange thing happened last week. I met a real nice girl at a party in St Catherine, and she invited me back to her home, where she lives on her own.

Pretty soon, she said, "Let's go to bed", and then took off her clothes. Well, I did likewise because I found her highly attractive.

But the problem came when I tried to enter her. I guess I got around a half-inch in when she suddenly pulled away, rolled herself into a ball, and then began angrily screaming: 'Go away! Go away! Get out!'

I couldn't make out what had made her so mad, Doc, as I hadn't done anything to hurt her. But I put my clothes on and left.

So is she crazy or what?

A No, I don't think she is crazy. But she almost certainly has the common female condition called vaginismus.

Vaginismus is a psychological problem in which the poor woman cannot help going into a sort of muscle contraction whenever any approach is made to her vagina. So she tends to roll into a ball and draws her knees up to prevent entry.

I guess this young lady badly needs some psychological help from a therapist or counsellor. If she is ever to be able to have intercourse, she needs to learn how to totally relax her vaginal muscles.