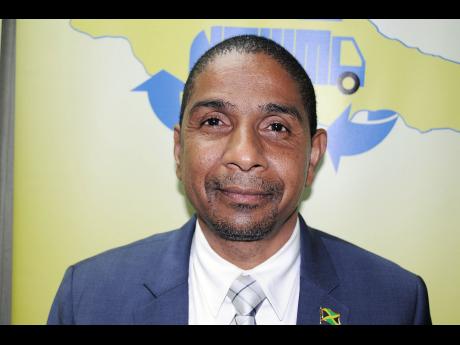 Expressing concern about criminal incidents in the municipality, Kingston's Mayor Delroy Williams said that he was in the process of having a meeting with the commissioner of police and the Ministry of National Security to propose having safety cameras in the city.

The mayor indicated that having witnessed a safety system in Mexico during a recent visit, he believes that a similar one can be replicated in Jamaica in a bid to curb crime and violence.

"I have sought a meeting with the minister of security and the commissioner of police, to raise our concern on the issue of crime and also to share our idea. One such idea is the use of safety cameras within the city at specific and strategic locations," Williams told the Kingston and St Andrew Municipal Corporation's monthly meeting.

"When we talk about safety cameras, we are talking about active cameras in real-time monitoring. So it's not viewing a video recording after a crime has been recorded. It is actively monitoring the camera in specific locations, which means it provides the added advantage of preventing the crime and catching someone," he continued.

Giving his support for the Zones of Special Operations Bill which has been passed in the House of Representatives and the Senate, Williams said that it should not be seen as a silver bullet to reduce crime, but part of the many solutions that are needed.

"The level of crime within the city over the last few weeks is of concern. Developing the city requires that crime be arrested. But the rampant criminality, murder, are all a threat to our democracy and to human dignity and freedom of rights. As a council, we have to be a part of the dialogue," he said.

"As councillors and representatives of the people, we have a duty to preserve human beings. We have a duty to maintain and/or restore the rule of law to the public," he said.