Our young people need us - Pastor 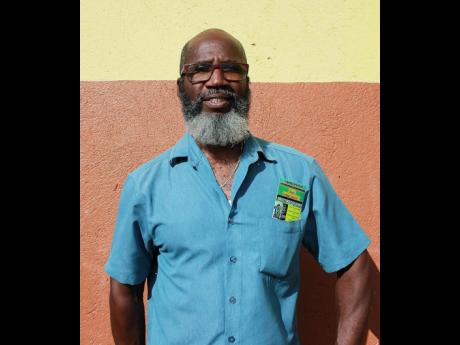 As the founder and pastor at the Community Christian Church in Three Hills, St Mary, Devon McFarlane has observed with concern how young people, particularly males, are becoming increasingly apathetic and indifferent towards the Church and mainstream religion.

To counter this trend, on August 6 at 7 p.m., McFarlane's church will launch a mentorship programme targeting young men from the local area. He hopes the scheme will engage disaffected youths and set them on the right path for the future.

Speaking last week to Family and Religion, McFarlane said: "I've been wrestling with question about how to attract more young people to church for some time. I lived in California and New Jersey in the United States for 20 years and came home specifically to find a way to make a difference.

"I've been here 18 years trying to reach out to our young people, but values have changed so much and so fast that it's hard to predict or appeal to them because they are scattered all over the place mentally, emotionally, and spiritually.

GIVEN UP ON THE YOUNG

"I think the older folks, and even the churches, have given up on our young people. I've been saying for some time now that the churches are afraid of them and the young people don't really want anything to do with the church, so there is a divide being created. We as adults have to remember that we were young once and these young people have arisen with their own culture, values, and way of dressing.

"We may think it's strange they walk with their pants down to their knees, but it's their culture. I think one of the first things we need to do is accept them for who they are rather than who we want them to be and recognise that outcasting or ostracising them is not going to help because, in another five years, when we get older and they take over, there's going to be hell to pay.

"If we allow them to continue to be idle and go their own way, the situation is only going to get worse. Many of our young men don't have any direction or focus, so the programme is a way to try and reach out to them and create an environment where we can encourage them to recognise there is still hope."

Unsurprisingly, the Biblical scripture McFarlane connects with most of all is Psalm 1, an advisory prayer perfectly suited to young people as it encourages readers to stay away from bad company and study God's law to develop good judgement.

He explained: "Psalm 1 says 'Blessed is the man that walketh not in the counsel of the ungodly, nor standeth in the way of sinners, nor sitteth in the seat of the scornful.' I really like that scripture because it guides each and every person to recognise that we have a responsibility not only to keep ourselves circumspect, but also to recognise the pitfalls that are out there for other people."