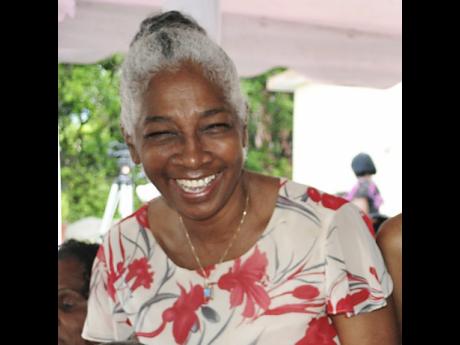 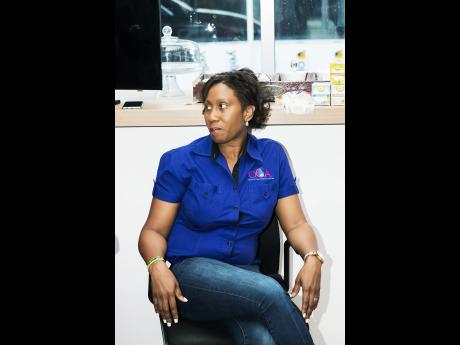 File
Children's Advocate and mother of four, Diahann Gordon Harrison recently disclosed that she breastfed each of her children for a minimum one year.
1
2

The production of too little milk is one of the excuses that many Jamaican mothers give to breastfeeding specialist Pauline Lovindeer, as they try to explain why they do not give their babies breast milk exclusively in the early weeks after birth.

"Many times that's what they say, the breast milk is not enough for the baby," Lovindeer told The Sunday Gleaner.

She noted that Jamaican women alsooften times deprive their babies of the 'liquid gold' because of stress.

Lovindeer, who is a member of the National Infant and Young Child Feeding Committee, said that breast milk flows more readily when a woman is relaxed.

"If you are overly stressed, the baby may be sucking and not getting the milk out," she said.

"Work is one of the reasons that people would give as well for not exclusively breastfeeding, because if you are working, based on how your work is, if you are not relaxed and so on, you cannot, for example, express breast milk to leave for your baby in the morning when you are rushing to go to work.

"You have to start expressing before you start going back to work so you have a bank there, and then you express like when you are relaxed," she said.

Then there is the fact, too, that some women have bought into the myth that their breasts will become deflated (floppy) as a result of a baby sucking too much.

"That's a myth that we have to deal with, but with education and so on, people learn that it's not the breastfeeding that gets the breast hanging, it is the hormones of pregnancy," she noted.

"Plus, we don't really have babies in people's lap pulling on the muscle anymore. We have taught them the method of feeding their baby, bringing the baby to the level of the breast and teaching them how to get the baby to latch to the breast properly and remove the milk properly," declared Lovindeer.

While she has not done any studies, Lovindeer said based on her years of experience, the more affluent women are generally more willing to breastfeed, while those in visiting relationships are oftentimes more tempted to formula-feed.

"The absent fathers, the fathers who are not resident want to feel like they are doing something, so they buy food and carry instead of feeding the mother," she said.

"Some of the fathers, they feel that is the only thing they can do for the baby, bring some feeding," said Lovindeer.

'BUST-ED' - Nuclear technology proves most Jamaican children are not exclusively breastfed for the first six weeks
Jamaicans' approach to breastfeeding sucks - Less than half giving babies breast milk exclusively
How long should you breastfeed?