Gov't identifies workers who are to be sent home 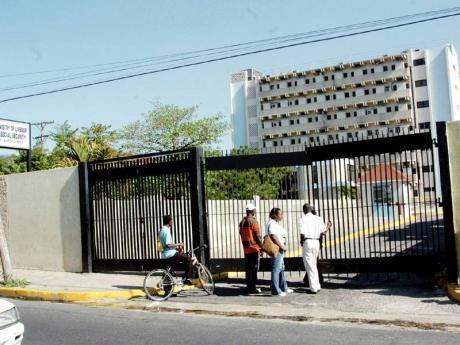 The Ministry of Labour and Social Security, the department responsible for the NIS and NIF.

The Government has now identified the jobs that are to be cut as a result of the centralisation of human resource management across the public sector.

The administration had indicated that it would be undertaking the job cuts by August.

It is also to centralise legal services, communications, and asset management which will result in some job cuts.

Meanwhile, former public sector workers who left on early retirement are to be barred from taking up a job in the Government service for at least five years.

The Public Sector Transformation Oversight Committee said the benchmark governing the policy has been met.

It further indicated that the Government has submitted to the Governor General the rules and standards for the Public Service Commission limiting the approval of continued employment after retirement including for people working on contracts.

The oversight body said the benchmark of implementing a plan to reintegrate eligible public bodies into central government is on track.

The names of the affected public bodies are to be submitted to the Cabinet by the end of July.

The Oversight body said the Government has also met the structural benchmark to submit to the Parliament by June 15 all necessary legislative changes to direct all earmarked revenues from three public bodies to the Consolidated Fund.

Last Tuesday, the House of Representatives passed legislation allowing for funds from the Tourism Enhancement Fund, the Jamaica Civil Aviation Authority, and the Culture, Health, Arts, Sports and Education (CHASE) Fund to be transferred to the Treasury.