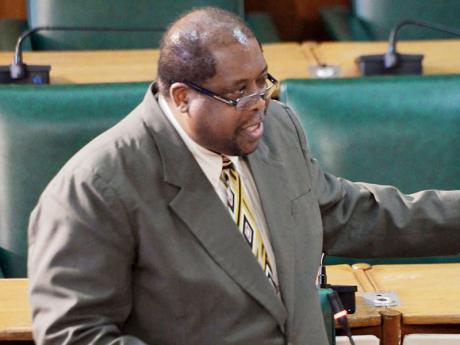 Opposition Senators believe that the whistle-blower provision in the proposed Integrity Commission Act does not adequately protect workers.

The Senate debated the bill on Friday.

The provision states that it is a criminal offence for an employer to victimise a worker who files a report.

However, opposition senator Lambert Brown argued that the law does not go far enough and contended that the worker is put at a disadvantage.

Brown, who is a trade unionist, said, based on current employment realities, an employer can use tactics to punish a worker who unveils wrongdoing.

Sign up for The Gleaner’s morning and evening newsletters.
Opposition Senator, Lambert Brown

He was supported by Leader of Opposition Business, Senator Mark Golding, who argued that the law should be harsh on employers.

Golding said the employer should be made to prove that there was no victimisation of a worker who is dismissed after making a report.

He also wants employers who breach the law to compensate whistle-blowers.

Leader of Opposition Business in the Senate, Mark Golding

Leader of Government Business in the Upper House, Kamina Johnson Smith, rejected their proposal arguing that it deviates from the Government's policy position.

Johnson Smith said the matter would have to be discussed by the Justice Minister and the Cabinet for a decision.

The debate on the bill was then suspended.