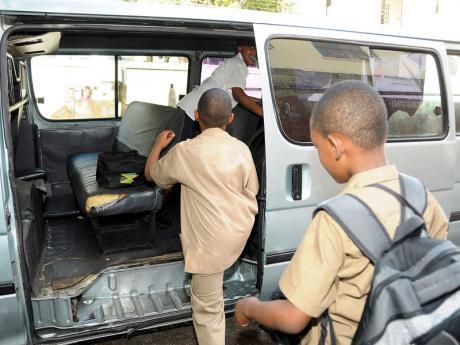 Education and Information Minister, Senator Ruel Reid, has announced that $200 million is to be spent this year on the pilot project to provide transportation to needy students in rural Jamaica.

He disclosed the budget at this morning’s post-Cabinet press conference at Jamaica House.

Senator Reid had announced in March that the pilot project would begin in the next academic year, which gets underway in September.

At that time, he said the project would be rolled out in five parishes, St Elizabeth, St Thomas, St Mary, Hanover, and St James.

However, this morning he said the project would cover eight parishes.

Senator Reid said the move to provide transportation for students on the Programme of Advancement Through Health and Education (PATH) is being made in a bid to stem absenteeism among rural students.

Senator Reid noted that the Ministry of National Security currently provides $30 million for transportation for students on PATH in 35 schools.