Cabinet approves $2.5b increase in resources to Security Ministry 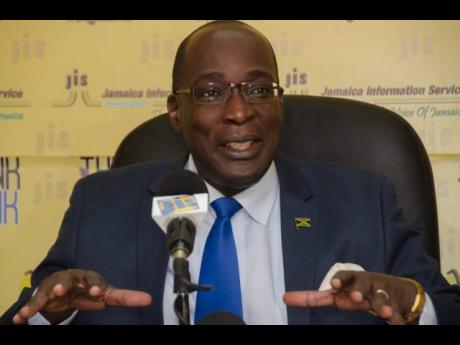 Information Minister Ruel Reid says Cabinet has approved a $2.5 billion increase in resources to the Ministry of National Security to facilitate the Zones of Special Operations, among other things.

Speaking at a post-Cabinet press briefing at Jamaica House this morning, Reid said the increased allocation which the Ministry of Finance is to consider, represents a significant hike over the sum allocated in the 2017/2018 budget for the national security ministry.

Reid told journalists that the additional sum will also be used to procure additional resources.

The Information Minister also divulged that the National Security Council which is chaired by Prime Minister Andrew Holness will meet this week.

Quizzed as to when Zones of Special Operations will be declared to tackle crime in hot spots, Reid said the heads of the security forces would have to recommend, in writing, to the prime minister communities that they believe should be designated for such operations.

He said after the meeting of the National Security Council the country would be informed as to whether there is a determination of areas to be designated Zones of Special Operations.