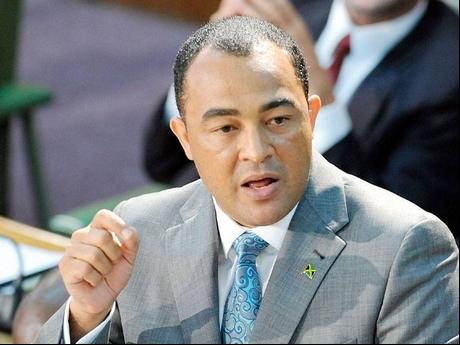 Tufton says the ministry will not even support smoking ganja for medicinal use.

Health Minister Dr Christopher Tufton has reiterated that his ministry will not change its stance against the recreational use of ganja or the smoking of any herb or tobacco-based products.

Tufton restated the ministry's position in the House of Representatives yesterday as he contributed to a motion on public health issues arising from tobacco and ganja use which was tabled by opposition Member of Parliament Ronald Thwaites.

According to Tufton the ministry will not even support smoking for medicinal use as smoking anything is hazardous to health.

With Thwaites hailing his stance as the first such comprehensive declaration made in the Parliament, Tufton said the health ministry will support the use of ganja extracts for research and medicinal purposes.

Jamaica changed its drugs laws in 2015 by decriminalising ganja possession while allowing for the development of an industry for research.

But the health authorities have complained about increases in usage and abuse of the weed by Jamaicans, especially school children, as well as the ease of access to ganja and related products such as cookies and sweets.

A National Council on Drug Abuse (NCDA) survey last year found that 70 per cent of the population has easy access to ganja.

Science has also concluded that there are major health effects from smoking.

Tufton said there is a consensus that a public education strategy is "urgently required" to address the implications of the legal changes especially on youths.

He has lamented before that the lack of the public education campaign to accompany the 2015 changes has caused some of the problems being experienced now.

According to Tufton a major youth-targeted public education campaign to be spearhead by the NCDA will be implemented over a two-year period.